Since 1970, there have been three papal visits by two popes to the country. INQUIRER.net collated the popes’ speeches made during their Philippine visits, here.

Pope Paul VI was the first Pontiff to step on Philippine soil in November 1970. On his first day, he survived an assassination attempt by a Bolivian painter; on his last day, he made his first Asian radio address at the office of Radio Veritas, which was then newly inaugurated.

Pope John Paul II visited the Philippines twice­ during his 27-year reign. In February 1981, he beatified Lorenzo Ruiz­ (now a saint) in Manila, the first beatification held outside of Rome. Fourteen years later, John Paul II went back to Manila in January 1995 to celebrate World Youth Day, a gathering that drew a record-breaking 5 million people. 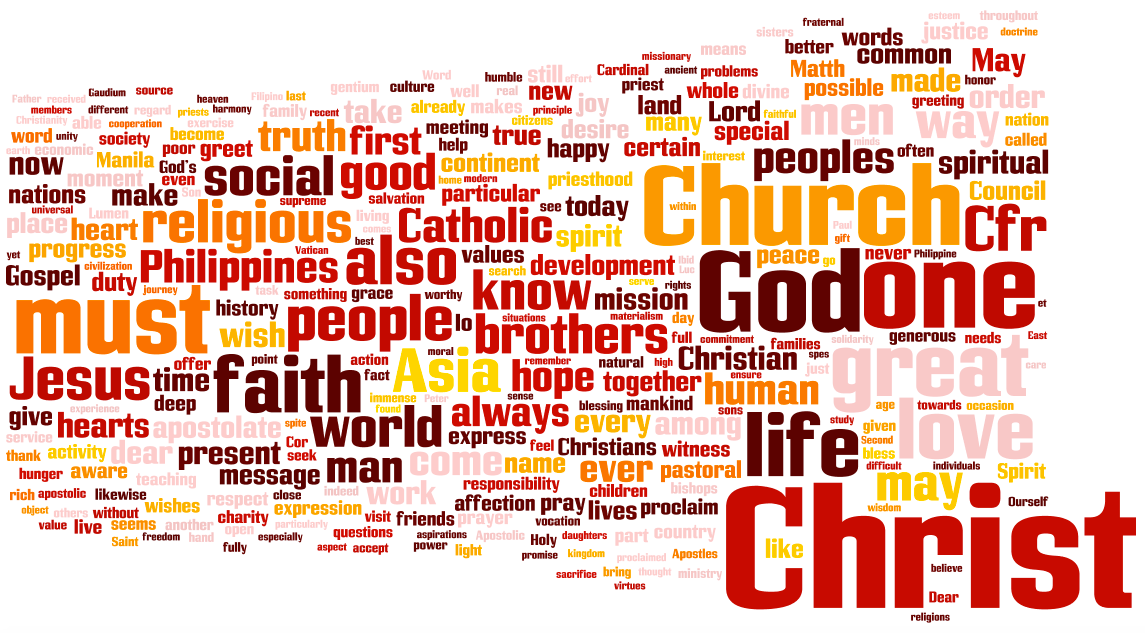 During Pope Paul VI’s visit to the Philippines in 1970, the Pontiff used most often in his speeches words such as ‘Christ,’ ‘God,’ ‘Church,’ ‘life,’ ‘great’ and ‘one.’ (Word cloud made with Wordle) 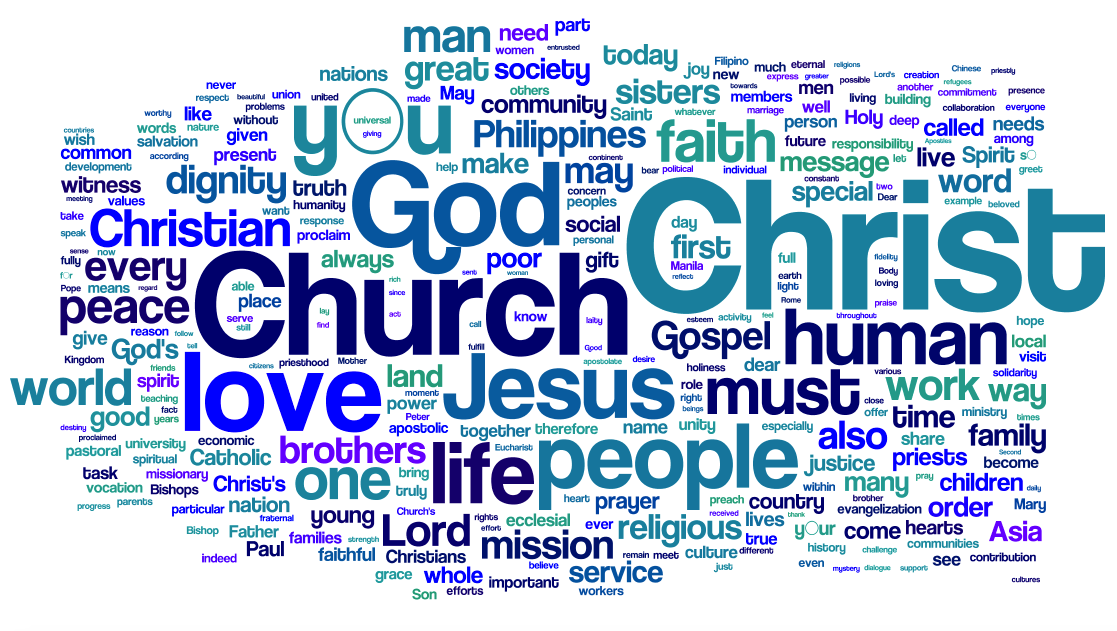 During Pope John Paul II’s first visit to the Philippines in 1981, the Pontiff used most often in his speeches the words ‘Christ,’ ‘Church,’ ‘God,’ ‘love,’ ‘Jesus’ and ‘people.’ (Word cloud made with Wordle) 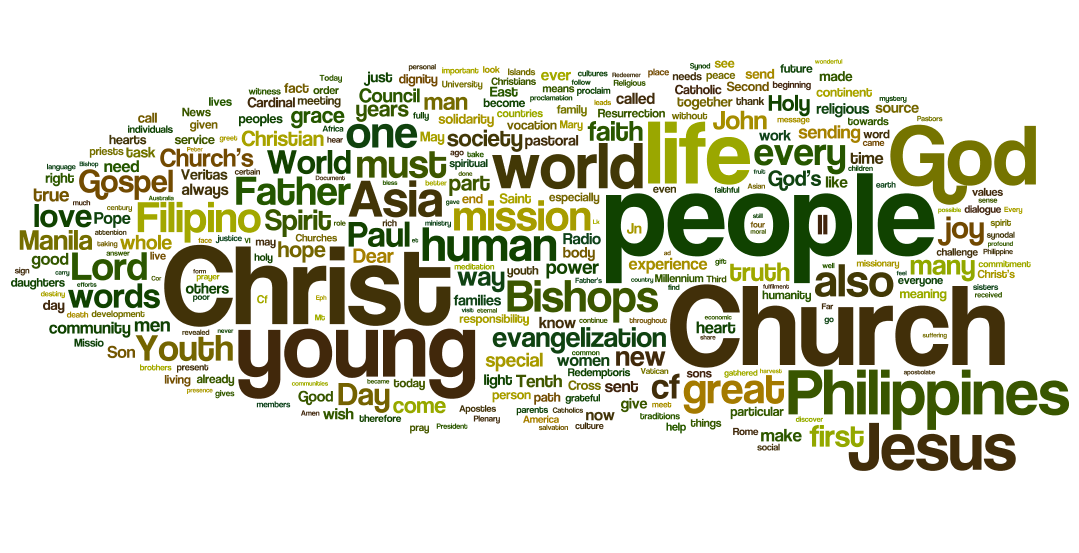 During Pope John Paul II’s second visit to the Philippines in 1995, the Pontiff used most often in his speeches the words ‘Christ,’ ‘Church,’ ‘young,’ ‘life,’ ‘Jesus’ and ‘world.’ (Word cloud made with Wordle)