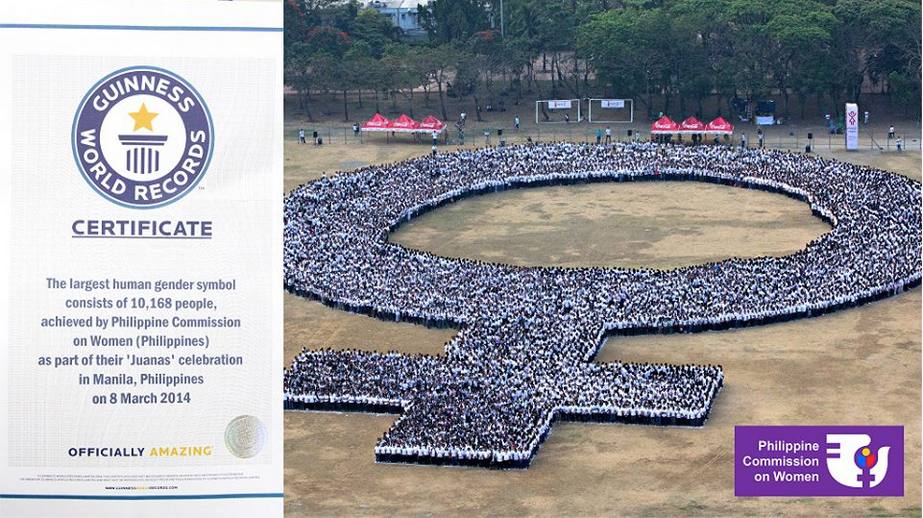 Screengrab from Philippine Commission on Women

Emmeline Verzosa, executive director of the Philippine Commission on Women, announced this on Wednesday during the agency’s 40th anniversary celebration held at Kalayaan Hall in Malacañang Palace.

“We got the Guinness Book of World Records Certificate, which says: ‘The largest human gender symbol consists of 10,168 people, achieved by the Philippine Commission on Women (Philippines) as part of their ‘Juanas’ celebration in Manila, Philippines,’” Verzosa said.

In celebration of the International Women’s Day on March 8, 2014, PCW organized “Sulong Juana! Human Woman Symbol Formation” which sought to “celebrate women’s resilience, strength and women’s various roles in nation-building and their untiring participation as volunteers in times of disasters, conflicts, calamity and any other situations.”

Participants from government agencies, nongovernment organizations, and civil society groups flocked to Rizal Park to take part in the activity.

According to Guinness World Records Manager Alex Angert, no other record exists for the formation of a human gender symbol.