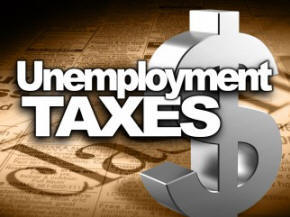 HONOLULU – Hawaii workers’ Unemployment Insurance contribution rates for 2015 will be reduced 22 percent on average, resulting in employers paying $50 million less in taxes or $100 less per employee on average for 2015, the state’s Department of Labor & Industrial Relations (DLIR) recently announced.

The unemployment rate has dropped to 4.1 percent from 6.8 percent in December 2010, which contributed to the replenishment of the Unemployment Compensation Trust Fund.

As of October 2014, Hawaii had the sixth lowest unemployment rate in the nation. Hawaii’s civilian labor force reached a record of 667,750 persons in October.

“This is welcome news to many small businesses throughout the state who can now consider investing the savings in their businesses and personnel,” says Governor David Ige.

“The Trust Fund is designed to replenish its balance when times are better so the taxes on employers do not rise when the economy falters and when employers can least afford higher taxes,” Ige explained.

The Unemployment Compensation Trust Fund went bankrupt in December 2010, forcing the State to borrow $183 million to pay benefits. However, the fund balance has grown to nearly $400 million.

The goal of the unemployment insurance financing structure is to maintain the Unemployment Compensation Trust Fund at an adequate reserve level, which is the balance necessary to pay out one year of benefits.

The current reserve is at 0.99 of the adequate level, or about 12 months of benefits. The higher fund balance triggered Schedule D for 2015, down from Schedule E in 2014.

“Unemployment benefits play a major role in stabilizing the economy during recessions by maintaining the purchasing power of those without income from employment. DLIR’s duty is to protect employers against the double ‘whammy’ of diminishing profits and rising unemployment taxes during recessionary times,” says DLIR Director Dwight Takamine.

“Unemployment benefits also provide the ability for unemployed workers through no fault of their own to put food on the table and shelter over the heads of their families while they search for another job.”

Your subscription could not be saved. Please try again.
Your subscription has been successful.
Read Next
For motorists, Pope bobbleheads
EDITORS' PICK
Philippine-United States alliance ‘rock solid’ — DFA
Makabayan bloc blasts bid to expand US access to more military bases in PH
Omega Speedmaster super racing: Tiny device massive change
Fuel price rollback expected on Feb 7
vivo Philippines offers a free bouquet of flowers and a premium necklace perfect for Valentine’s Day
House energy committee chair Arroyo bats for cheap electricity
MOST READ
Vice Ganda gets called out for ‘unfair treatment’ of ‘It’s Showtime’ co-host Karylle
Fuel price rollback expected on Feb 7
Kris Aquino gets ‘renewed confidence’ after consultation with new doctor: ‘I have a strong chance of getting better’
Pokwang tells self amid revelations on past relationship: ‘Bangon, nanay ka’
Don't miss out on the latest news and information.