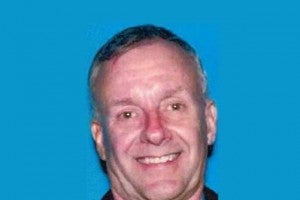 LOS ANGELES — A former professor who pleaded guilty to sexually assaulting underage boys while traveling to the Philippines was sentenced to five years in prison on Monday, December 15.

Walter Lee Williams, 65, who previously taught at the University of Southern California (USC), also received a sentence of 10 years of supervised release and was mandated to pay $25,000 in restitution to seven victims in the Philippines, paying each victim more than $3,500.

“I am 100 percent determined that I will never make those mistakes again,” he said in an apology to the victims and their families, according to Los Angeles Daily News.

The supervised release comes along with several stipulations, including being a registered sex offender, counseling, the supervision of his computer and Internet usage, and limited contact with minors.

In September, Williams confessed to traveling to the Philippines and sexually assaulting boys between the ages of 9 and 17. The prosecution said that in 2010, he had multiple webcam sex sessions with two Filipino boys who were 13 and 14 at the time. He also sexually assaulted those boys and another 15-year-old, and took explicit photos of those encounters.

When Williams returned to Los Angeles in February 2011, he was questioned by the FBI.

He then fled to Mexico one week later.

He was arrested in Playa del Carmen, Mexico in 2013 after an individual identified him as one of the FBI’s “10 Most Wanted Fugitives” and told authorities.

Williams was a tenured professor at USC where he taught anthropology, gender and sexuality studies, and history for nearly 20 years before he quit in 2011.

He traveled to the Philippines and to other places in Southeast Asia under the guise of academic research to engage in sexual relations with underage boys.