US labor dep’t wins $637K in back wages, damages for elderly care employees 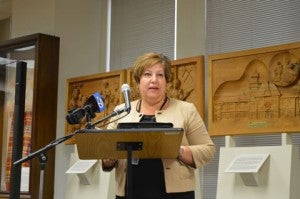 SAN FRANCISCO –Five San Francisco Bay-Area facilities will pay $637,048 in total to 24 employees providing care for the elderly and ill.

The U.S. Department of Labor Wage and Hour Division reached an agreement with owners on the amount that includes $318,524 in minimum wage and overtime back wages, plus an additional $318,524 in liquidated damages.

The department’s Wage and Hour Division began a two-year investigation of the firms beginning in February 2012 to spot Fair Labor Standards Act violations.

“These workers perform a vital role as caregivers. Some should have earned as much as an additional $300 per week to meet minimum legal requirements. That money can help support a family,” said Susana Blanco, district director for the Wage and Hour Division in San Francisco.

“The employer also treated one employee as an independent contractor—a trend that characterizes employees as contractors and denies them basic workplace protections. For vulnerable workers, this case represents a victory in the protection of their rights,” Blanco added.

San Francisco District Office investigators found that the firm paid most employees a weekly salary without regard to hours worked. Entitled to minimum wage and overtime, many affected employees received as little as $5 per hour and worked up to 11 hours per day, five to six days a week.

The owners also failed to keep accurate and complete records of employee hours. Additionally, a caregiver was misclassified as an independent contractor and worked long hours without minimum wage and overtime pay.

“In an industry with a substantial record of labor violations and exploitation, these results should warn employers,” said Ruben Rosalez, the division’s regional administrator in San Francisco. “We will hold employers accountable for noncompliance, and we urge workers to contact the department if they believe their rights have been violated.”

The FLSA requires that covered employees be paid at least the minimum wage of $7.25 for all hours worked, plus time and one-half their regular rates, including commissions, bonuses and incentive pay, for hours worked beyond 40 per week. Employers also must maintain accurate time and payroll records.

The misclassification of workers as something other than employees, such as independent contractors, presents a serious problem for affected employees, employers and the entire economy.

Misclassified employees are often denied access to critical benefits and protections, such as family and medical leave, overtime, minimum wage and unemployment insurance.

Employee misclassification also generates substantial losses to state and federal treasuries, and to Social Security and Medicare funds, as well as to state unemployment insurance and workers’ compensation funds.