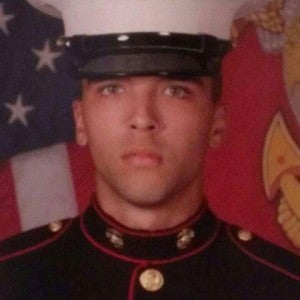 OLONGAPO CITY, Philippines — Police have started security preparations as they await the arrest and the possible detention here of US Marine Pfc Joseph Scott Pemberton, who was charged with murder on Monday for the Oct. 11 killing of transgender woman Jeffrey “Jennifer” Laude in a motel here.

On Wednesday, Senior Supt. Pedrito de los Reyes, Olongapo police chief, said he and other police station commanders in the city met with Judge Roline Ginez-Jabalde of the Olongapo City Regional Trial Court Branch 74 to discuss details of security reinforcement during the presentation of Pemberton to the court for booking.

Jabalde issued on Tuesday an arrest warrant against Pemberton. Copies of the warrant were sent to the Department of Foreign Affairs, Philippine National Police, Armed Forces of the Philippines and the National Bureau of Investigation.

The court gave authorities 10 days to arrest Pemberton and present him to the court.

Pemberton is held at a detention facility jointly managed by the Philippine and US governments inside the AFP headquarters in Camp Aguinaldo, Quezon City.

DFA officials said they would send a copy of the arrest order and another letter demanding custody of Pemberton to the US Embassy in Manila.

The US government, in a statement, promised to cooperate with the Philippine government now that Pemberton has been charged.

Laude’s sister, Marilou, said the family received a copy of the arrest warrant and was delighted to finally come closer to seeing Pemberton, who had not attended the preliminary investigation.

“This is an early Christmas gift,” Marilou said.

Lawyer Virgie Suarez, one of the family’s counsels, said they would insist that the Philippine government take custody of Pemberton.

“Murder is an extraordinary case where jurisdiction and custody [rest with the] Philippines under the Visiting Forces Agreement even if a request is made [by the US government]. Since this is murder, [any] request [for custody by the US government] should be denied,” she said.

Suarez said the government must uphold its right to exercise its jurisdiction, and implement the Philippines’ rules and criminal procedures in hearing the case.

“The … US has its right to make a request,” said Suarez, who added that if the Philippine government would fail to assert its jurisdiction, the country would find itself in a situation where it could not effectively implement its laws. “This likewise renders our courts and the judicial system futile and our government inutile in protecting its own citizens. And what about territorial integrity, national dignity and sovereignty?” Suarez said.

Officials of the Olongapo City jail said they would be ready to take custody of Pemberton should the court order his detention here.

Chief Insp. Jerome Verbo, city jail warden, said that although Pemberton would share a holding facility with about 50 inmates, they would treat him with respect, like an ordinary detainee.

Other foreigners, among them Australians and Koreans, are detained in regular cells and are not given special treatment, according to Verbo.