PH sure of US assistance in future disasters 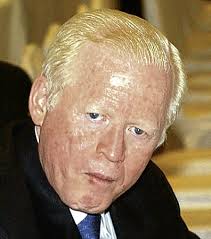 LOUIS, Missouri — Even if it did not have to call for international assistance in the wake of Typhoon Hagupit last week, the Philippines is assured of the assistance of the United States if another major disaster strikes the country, the Philippine ambassador to Washington said.

“Had Typhoon Hagupit wrought serious damage, I am sure that the US would have dispatched assistance the same way it did during Typhoon Haiyan,” Ambassador Jose L. Cuisia Jr. told the World Affairs Council of Missouri at a forum at the Sheraton Clayton Plaza here on Wednesday evening.

“Our alliance and partnership could not have been more evident than during the tragedy that was Typhoon Haiyan,” Cuisia said as he described the overwhelming and timely assistance by the US military in last year’s search, rescue and relief operations in the affected areas in the Central Philippines.

The Filipino envoy also cited the more than $86 million that Washington committed as well as the $60 million pledged by US businesses and NGOs to support relief efforts in the country.

“As you know, Typhoon Hagupit hit the Philippines over the weekend but due to better efforts on the part of the government to pursue mandatory evacuation early on, casualties were very minimal,” Cuisia told his audience of prominent business leaders, policy makers, diplomats and academicians.

Although Hagupit left at least 18 people dead and more than P3 billion in damage, Cuisia said the Philippine government was able to handle the post-disaster response so well that it did not ask the US to deploy the C-130 transport aircraft that Washington had placed on standby.

According to the former Central Bank governor, the Enhanced Defense Cooperation Agreement (EDCA) that was signed in April is one way the US is helping the Philippines maintain and develop its maritime security and domain awareness and humanitarian assistance and disaster relief capabilities.

Cuisia also touched on other aspects of the bilateral relations between the Philippines and the US and Washington’s relations with the Association of Southeast Asian Nations (ASEAN).

In his remarks, Cuisia said the Philippines recognizes China’s peaceful rise as a world power, but Beijing’s recent actions in the South China Sea raises serious doubts whether it could honor its international obligations and respect the rule of law.

“We acknowledge China’s role in world affairs and support its peaceful rise. To be truly viewed as a positive force and a responsible power, China must manifest its adherence to and respect for the rule of law,” Cuisia said. “A world power following the rule of law is now an obligation, not a choice.”

Cuisia’s statements came in the wake of reports that China has been conducting massive reclamation activities that have resulted in the destruction of the marine environment in Johnson Reef, McKennan and Hughes Reef, Cuarteron Reef and Gaven Reef that are part of the Kalayaan Island Group.

He said the Philippines openly and fully acknowledges the emergence of China as an economic power and that its ascendance has greatly benefited not only the Asia-Pacific but also the world.

“All of us hope that China’s unprecedented growth would further expand world trade, investment and tourism,” he said, adding that the Philippines and the rest of the world also appreciate China’s positive role in expanding science and technology, undertaking functional cooperation, deepening cultural connections and enhancing people-to-people understanding.

However, he pointed out that “it is only in advocating and practicing the rule of law that we can ensure that our dynamic and thriving community continue to exist for everyone’s benefit.”

The Philippines, he said continues to believe that the United Nations Convention on the Law of the Sea provides a viable mechanism to resolve conflicts, particularly through the process of arbitration that Manila initiated.

“For China, arbitration will define and clarify its maritime entitlements. For the Philippines, arbitration will clarify what is ours, specifically our fishing rights, rights to resources and rights to enforce laws within our Exclusive Economic Zone,” he added.

“For the rest of the international community, the clarification of maritime entitlements will assure peace, security, stability and freedom of navigation in the South China Sea.”