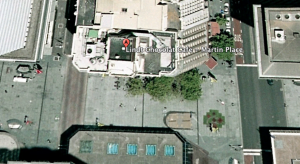 MANILA, Philippines – The Department of Foreign Affairs (DFA) is in close coordination with the local authorities in Sydney to determine whether there were any Filipinos involved in the hostage situation in a cafe.

“We are in close contact with our diplomatic posts in Canberra and Sydney in monitoring the unfolding events in Sydney,” DFA spokesman Assistant Secretary Charles Jose said in a press conference Monday.

“We understand that the New South Wales police is still in the process of ascertaining the nationalities of the hostages and those involved in the hostage taking,” he said

Jose warned Filipinos in Sydney to take the necessary precautions and stay away from the scene of the hostage-taking for their own safety.

“We urge the members of the Filipino community in New South Wales to remain calm and vigilant as the Australian police continue to handle the situation,” he said.

“Our thoughts and prayers are with the people of Australia in this time of crisis and we hope that this unfortunate predicament will be resolved soon in a peaceful manner,” Jose added.

It is still not known how many hostage-takers there are nor their motives for holding people hostage in a cafe since Monday morning.

International news media showed a footage of hostages with their hands up against the window of the cafe. A black flag with Arabic writing was also seen.

According to the December 2012 figures of the Commission on Filipinos Overseas, there are around 391,000 Filipinos in Australia. Majority of them, around 329,000 are permanent migrants while around 58,000 are temporary and at least 3,000 are undocumented.

3 flee from Sydney cafe at heart of hostage drama