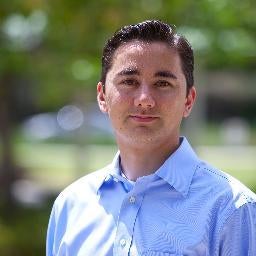 SAN DIEGO — A Filipino-American was sworn into the San Diego City Council on Wednesday, December 10, becoming the first Asian to serve on the council in nearly five decades.

Chris Cate will represent District 6, which includes Mira Mesa, Miramar, Kearny Mesa, Clairemont and Rancho Peñasquitos, where about one-third of the population is Asian and Pacific Islander.

“Yes we have our moments of trials and tribulation, but I see these as opportunities, not challenges and know that I am here just as you are to improve the quality of life for all residents in America’s finest city,” Cate said, thanking voters, especially the Asian and Pacific Islander community, for electing him.

His father, Gilbert, a California Highway Patrol officer originally from Kawit, Cavite, administered the oath during the inauguration ceremony.

Prior to winning the election, Cate was vice president of the San Diego County Taxpayers Association and worked as a policy advisor for Faulconer in 2009, when the latter was a councilman.

“I became interested in politics in college after 9/11,” Cate remarked. “My family was very apolitical growing up.”

Cate studied political science at the University of San Diego and took up an internship in Washington, DC, which exposed him more to the policy side of politics.

In a campaign video, the 31-year-old San Diego native recalled seeing his parents work long hours, and he would spend time at McDonald’s where his mom would drop him off every morning on her way to work.

His upbringing taught him “the value of hard work” and how “decisions you make at an early age can impact your life.”

“I believe in the power of the individual,” he said, explaining why he identifies as Republican. He believes that the individual can determine his or her own quality of life, and that the proper role of the government includes limited taxes.

In an interview with the Asian Journal, Cate laid out three policy areas that are at the top of his priority list: police enforcement; improving infrastructure; job creation.

“Unfortunately, in the last decade, as the city went through a financial mess, we’ve neglected a lot of these things,” he stated, explaining why creating safer and more livable neighborhoods will get San Diego back on track.

While campaigning, Cate spoke to business owners and aspiring entrepreneurs who voiced concerns about barriers that impede businesses from being sustained long-term or even opening up. He added that “ensuring we have a culture as a city where entrepreneurs [want] to relocate and expand their businesses” is another goal.

But overall, getting the community to be politically and civically involved and developing the next generation of leaders are what Cate hopes to get out of his term. Especially for Filipinos, Cate highlighted the message of knowing ”the importance of having a voice and speaking loudly” and “engaging elected leaders” on pressing issues that need to be addressed.

In running an effective campaign, Cate said, his main takeaways are to “stay grounded” and not “forget where you come from and what your vision is.”

This past summer, Cate visited the Philippines with Gawad Kalinga, recalling how it was an “eye-opening experience.” He is looking forward to visiting the country more with his fiancé Maria Cabuang before their wedding in 2016, and “increasing trade and economic opportunities” since Cavite is one of San Diego’s sister cities.

As for what’s to come after his four-year term on the council, Cate said it’s too early to predict the direction of his political career.

“Right now I’m focused on serving the community and families in District 6,” he said. “You can [try to] plan out a political future, but a lot can happen in a short time.”