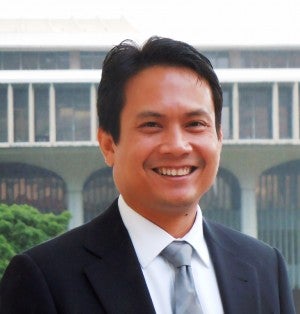 HONOLULU — Governor David Ige announced the appointments of six additional members of his cabinet, including a Filipino American, and two deputy directors. The State Senate has to confirm these appointments.

Among the appointees is Luis P. Salaveria, who has been named director of the Department of Business, Economic Development and Tourism (DBEDT). In October, Salaveria received a Progress Award for government service by the United Filipino Council of Hawaii (UFCH).

The Progress Awards recognize Hawaii residents of Filipino ancestry for excellence and accomplishments in their respective fields. Salaveria is also a member of the Filipino Community Center’s Board of Directors.

“We are committed to finding the best and brightest in our community to serve as effective leaders in state government,” said Gov. Ige.

“These appointments show a variety of talented and dedicated individuals from both the public and private sectors, who have decided to work together to create a better Hawaii for future generations.”

Salaveria brings more than 20 years of public and private sector experience and most recently served as the deputy director of finance. In that capacity he assisted the director of finance in the planning, design and management of the annual $12 billion operational and $3 billion capital improvement budgets of the State of Hawaii.

Several directors and deputies from the administration of former Gov. Neil Abercrombie have agreed to continue serving as heads and deputy directors of their respective departments as holdovers. Among them is Jade Butay, who will continue as deputy director of the Department of Labor & Industrial Relations (DLIR).