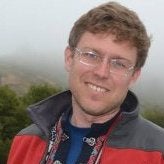 SAN FRANCISCO, California — A key disaster assistance group on December 9 launched a new campaign to meet the urgent needs of the two million people affected by Typhoon Ruby this week.

According to the United Nations Office for the Coordination of Humanitarian Affairs (OCHA), 1.7 million people were moved to evacuation centers. The storm’s trajectory, which mirrored Typhoon Yolanda’s, caused an additional $28 million in damage to Eastern Samar, an area already struggling to recover from the previous typhoon to pass through the area.

The OCHA’s initial estimates suggest that between 30-60 percent of homes in Eastern Samar have been severely damaged, and as people begin to return home, they will need emergency and transitional shelter.

“The coming of Typhoon Ruby initially had all the signs of being another Yolanda, signaling that communities can not look at these kinds of storms as one-time events,” said Birger Stamperdahl, president & CEO of Give2Asia. “We want to help local groups be ready and able to overcome future super typhoons, and to make communities resilient. We are seeking help and partnership for funders to make this possible.”

The storm came weeks after Give2Asia and the Guiuan Development Foundation, Inc. ran disaster preparedness workshops in Maliwaliw, an island community near Guiuan that has become a focus of Give2Asia’s long-term recovery work. As a result of the preparedness of this community, contingencies and evacuation prior to Typhoon Ruby went smoothly and the community lost no lives in the storm.