When viewed as a whole, AAPIs appear more financially secure than the general population, but the aggregate totals and median averages mask a large wealth and income gap among them, according to a new study by AARP.

While a few Asian ethnic groups have higher levels of household income and consumer spending, many are at or below poverty levels compared with the general population of the same age.

“AAPIs are consistently understudied and underserved. Our research demonstrates that the priority needs of AAPIs differ by ethnic group, age, language, income, the length of time they’ve lived in the U.S., and other factors,” said Daphne Kwok, AARP Vice President of Multicultural Markets and Engagement for the Asian American and Pacific Islander Audience.

AARP’s report about the economic security of older AAPIs reveals that:

o   22% of AAPIs age 65+ have retirement income from pensions and various retirement plans vs. 37% of the total U.S. 65+ population

“Are Asian Americans and Pacific Islanders Financially Secure?: An AARP Report about the Economic Well-being of AAPIs age 50+” is the second of a three-part series of reports by AARP about key advocacy areas that impact AAPIs age 50 and older.

The report is available for free download at www.AARP.org/AAPI. The next report about the health and healthcare of AAPIs will be released in January.

For more information about how AARP helps Asian American & Pacific Islander families get more out of life, visit www.facebook.com/AARPAAPICommunity andwww.twitter.com/AARPAAPI. 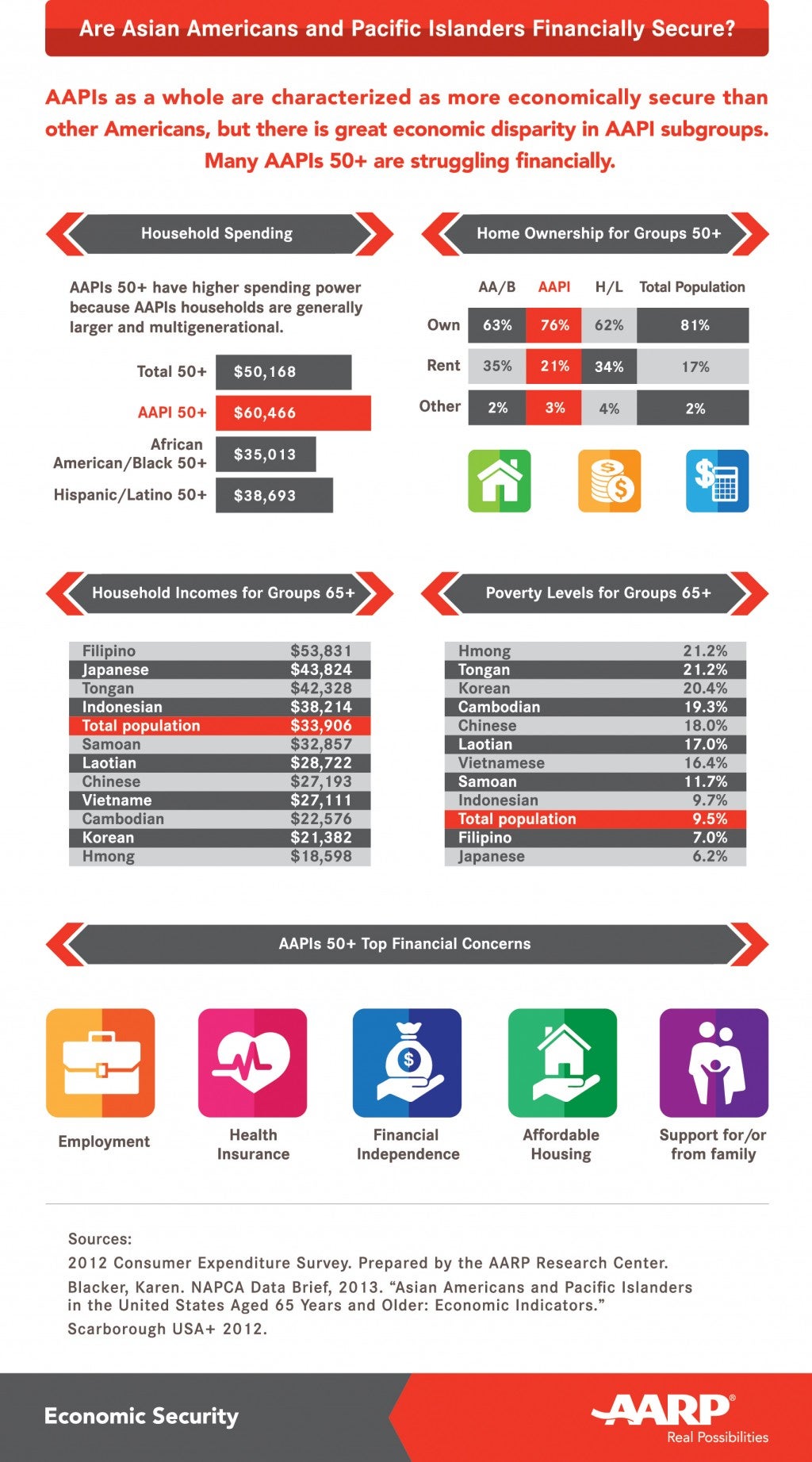