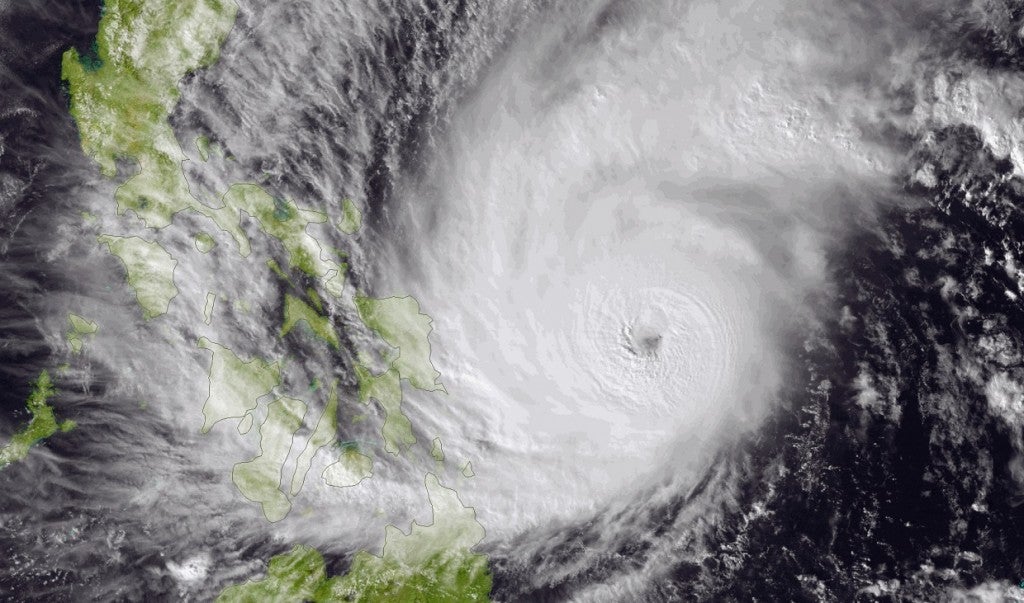 This image made available by the National Oceanic and Atmospheric Administration (NOAA) shows Typhoon Hagupit on Friday, Dec. 5, 2014, as it approaches the Philippines. The ferocious and dangerously erratic typhoon is blowing closer to the Philippines as differing forecasts about its path prompt a wide swath of the country to prepare for a weekend of destructive winds and rain. AP Photo/NOAA

LIMA, Peru–While loved ones braced for the full impact of Typhoon Ruby (Hagupit) back home, Filipino activists in Lima urged climate negotiators Saturday to act with more urgency in drafting a global plan to limit such potentially life-threatening events.

“To us in the Philippines, we are not any more debating on whether or not the impacts of climate change are here, we have experienced it,” Voltaire Alferez of the Aksyon Klima Pilipinas NGO grouping said on the sidelines of the talks.

“Year after year we are bombarded… from one typhoon to another,” he told AFP as his wife and son of one year left their Manila home for the relative safety of higher ground.

This is the third typhoon in a row to hit the Philippines during the annual, ministerial-level climate negotiations towards a new, global pact to limit climate harm by curbing Earth-warming greenhouse gas emissions.

Last year, Typhoon Yolanda (Haiyan) hit while talks were under way in Warsaw, killing 7,350 people, and Typhoon Pablo (Bopha) claimed 600 lives during negotiations in Doha in 2012.

It is never possible to attribute any individual weather event to climate change, but the UN’s World Meteorological Organization has said extreme storms like Yolanda were “consistent” with human-induced climate change.

Countries are gathered in the Peruvian capital to negotiate the broad outlines of the new global pact, which is due to be signed in Paris next December and take effect in 2020.

But NGOs and activists acting as observers to the bartering said the pace was too slow and a sense of urgency lacking with one week to go in the December 1-12 session.

“One of the biggest concerns we have is that negotiators still don’t have a sense that what we are dealing with in these negotiations is a planetary emergency,” said Tasneem Essop of green group WWF.

Grouping 195 nations and the EU bloc, the talks under the umbrella of the UN Framework Convention on Climate Change remain deeply divided on how to apportion responsibility for emissions curbs, which requires a costly shift from cheap and abundant fossil fuel to cleaner alternatives.

The goal is to limit average global warming to two degrees Celsius (3.6 degrees Fahrenheit) over pre-Industrial Revolution levels, but scientists say we are heading for double that — a recipe for ever-worse droughts, floods and sea-level rise.

Parties are divided on what must be in the agreement.

Developing countries want commitments that rich nations are loath to give: to helping with climate-change adaptation, finance, and compensation for loss and damage suffered.

“This is what loss and damage looks like,” said Julie-Anne Richards of the Climate Justice Program, referring to the latest typhoon.

“These are real people facing real costs and some even the loss of their lives.”

Greenpeace’s Jasper Inventor, a Filipino, added: “In the hour of our peril, now is the time for politicians to back up their expressions of solidarity with real action at the UN climate talks.

“It has become an issue of our survival.”

Ruby was forecast to take three days to rake across the Philippines, also bringing heavy rain to the densely populated capital Manila. 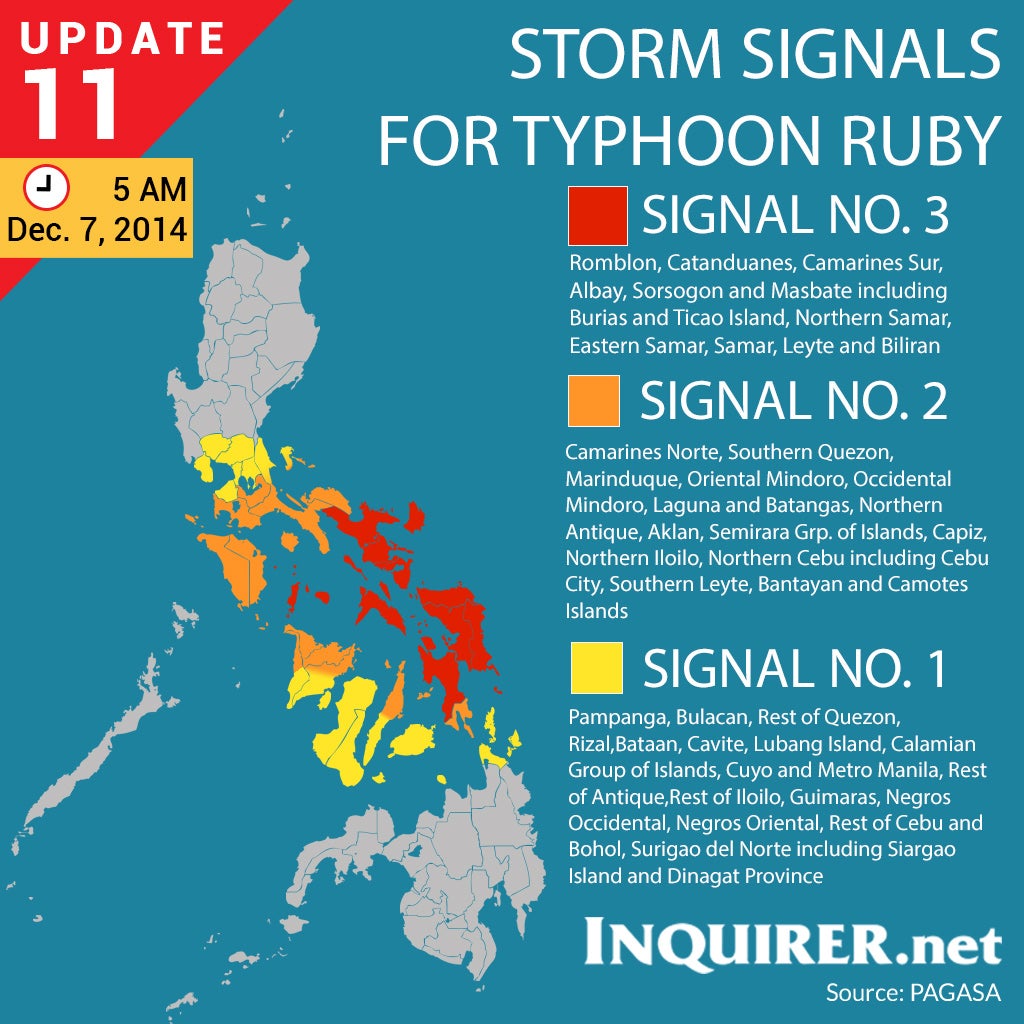