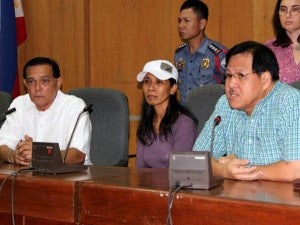 WASHINGTON — A US jury has indicted four Philippine nationals sought in the 2011 kidnapping of an American woman and her teenage son during a family vacation in the Philippines.

Gerfa Lunsmann was held hostage for 82 days and her son Kevin for 151 days in the abduction, in which the family was forced to pay ransom.

After the mother was released, her son escaped his captors. Federal prosecutors said the two were taken hostage from an island beach cottage off the mainland of Zamboanga City.

None of the four defendants, who were not named, is in custody. The indictment handed up Thursday (Friday, Manila time) charges each of the four with hostage-taking, conspiracy and weapons charges. If captured and extradited to the US each would face a maximum term of life in prison.