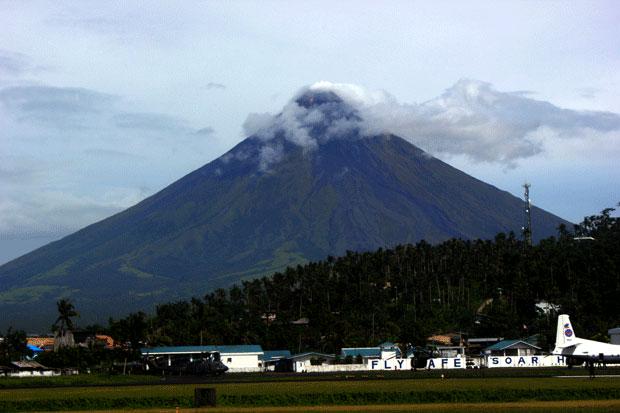 The first event to be hosted by the Philippines for next year’s Asia-Pacific Economic Cooperation (Apec) summit has hit a snag.

Organizers have decided to move the Informal Senior Officials’ Meeting (Isom) to Manila from Legazpi City in Albay province, which is expected to be hit by Typhoon “Ruby” (international name: Hagupit).

The Isom will still be held on Dec. 8 and 9 but at a Manila venue to be announced later.

Administrator Alexander Pama of the National Disaster Risk Reduction and Management Council (NDRRMC) said earlier on Wednesday that he would recommend the postponement of the meeting.

“Prudence dictates that we be cautious. Based on the weather situation, let’s not put our guests in danger,” Pama told reporters.

Ruby has drawn comparisons with Supertyphoon “Yolanda” (international name: Haiyan) mainly because it is expected to hit central Philippines, more than a year after the region was devastated by the strongest storm on record.

The Isom is expected to draw around 400 participants, including 31 speakers.

“While this is highly unfortunate, we have deemed it best to err on the side of prudence and ensure the safety of the delegates,” Executive Secretary Paquito Ochoa said in a statement Wednesday night.

Ochoa said moving the location would allow Albay to “focus on the necessary actions to be taken in light of the coming typhoon.”

“I wish to assure everyone that contingencies are in place. The government is ensuring that the rest of the activities push through, and is making preparations for the coming typhoon,” he said.

“We are united in ensuring the safety and comfort of all delegates,” Ochoa said. “We are likewise conscious of our abiding obligation to ensure that all steps are taken to prepare for the typhoon.”

Albay Gov. Joey Salceda said he was saddened by this turn of events, but stressed that he understood why the Isom had to be transferred to Manila.

“We have decided to transfer the venue to Manila. I am sorry about this but I understand [why it has to be done]. There will be other events,” Salceda said.

Albay had been preparing for the Isom for a year, and spent P18 million to spruce up Legazpi City, especially the city’s airport and the Albay Astrodome, where a welcome dinner for the delegates had been planned.

Isom’s opening day will have seven sessions tackling key objectives such as achieving inclusive growth within the Asia-Pacific region.

One session will discuss “potential areas of cooperation and collaboration that will mutually benefit both developed and developing economies.”

A session on regional economic integration and inclusive growth will discuss “how across-the-border, at-the-border and behind-the-border issues continue to define 21st-century trade.”

Another discussion will cover small and medium enterprises (SMEs) and how they could “take advantage of cross-border business opportunities.”

During the official launch of the Philippines’ hosting of Apec 2015 on Monday, Trade Secretary Gregory Domingo cited the importance creating jobs through SMEs.

“To achieve inclusive growth, it is imperative that our SMEs must be competitive and be able to participate in global value chains,” he said in a speech.

“For Filipino SMEs to succeed internationally, they need access to open, transparent, and efficient markets,” he said.

Domingo invited the private sector to join the government in an “extraordinary partnership.”

“We’d just like to make it perfectly clear. For the Philippines, there is nothing ordinary about 2015. The year 2015 is an extraordinary opportunity to showcase to the world what the Philippines has to offer,” he said.