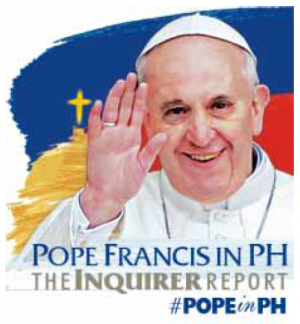 PALO, Leyte—The parishes in the Archdiocese of Palo have started the registration for people who want to attend the Mass to be celebrated by Pope Francis at the Tacloban airport in January.

Rev. Amadeo Alvero, information and social communications director of the archdiocese, said on Monday that each parish was entitled to 1,000 delegates.

Alvero said the registration started on Saturday in all the parishes in the archdiocese.

“Local government officials are also supposed to enlist in their parishes,” Alvero said.

The registration of local officials underscores the message of the Pope’s visit of not giving importance to VIPs.

After Mass at the airport, the Pope will visit the nearby town of Palo, where he will have lunch with 30 survivors of Super Typhoon “Yolanda” (international name: Haiyan) at the Archbishop’s Palace and bless a center for the poor named after him.

The archdiocese expects 120,000 people to attend the Mass.

Rev. Chris Militante, information officer of the archdiocese, said the area where the Pope would say Mass would be opened as early as 2 a.m. on Jan. 17.

“And three hours before the Mass, there will be no movement [among the people there],” Militante said.

People who are suffering from physical disabilities and the elderly are advised not to attend the Mass because of the huge crowd expected.

“They are advised to enlist in their parishes [so] they will stay in an area at Pope Francis Center for the Poor,” Militante said.