33 overseas Filipinos and groups to get presidential awards

SAN FRANCISCO – Philippine Presidential Awards will be conferred on 33 outstanding overseas Filipinos and foreign-based organizations from 13 countries on December 5 at the Malacañang Palace.

President Benigno Aquino will personally give the awards, assisted by Secretary Imelda M. Nicolas, the Chairperson of the Commission on Filipinos Overseas.

The president commended the 33 individuals and organizations not only for their personal and professional achievements, but also for what they’ve contributed to the development of the Philippines and the welfare of their fellow Filipinos everywhere.

“I congratulate the Lingkod sa Kapwa Pilipino, Kaanib ng Bayan, Banaag and Pamana ng Pilipino Awardees for their efforts to better the conditions of our kababayans here in the Philippines and abroad, and representing the Filipino talent and industry in their adoptive homelands,” President Aquino stated.

Institutionalized in 1991 through Executive Order No. 498, the Presidential Awards is a biennial search for overseas-based individuals and organizations that have dedicated their work in the service and improvement of lives of Filipinos worldwide, selflessly supported relief, rehabilitation and development programs in the home country, or who have excelled in their field or profession.

The awardees were thoroughly screened from a total of 157 nominations from 29 countries by three different committees with representatives from the government, civil society, media, academe, religious and business sectors, and finally the President of the Philippines.

The Kaanib ng Bayan Award is conferred on foreign individuals or organizations for their exceptional or significant contribution to Philippine reconstruction, progress and development, or have significantly benefited a sector or community in the Philippines, or advanced the cause of overseas Filipino communities.

The LINKAPIL Award is conferred on Filipino associations or individuals for their exceptional or significant contribution to reconstruction, progress and development in the Philippines.

The Banaag Award is conferred on Filipino individuals or associations for their contributions which have significantly benefited a sector or advanced the cause of overseas Filipino communities.

The Pamana ng Pilipino Award is conferred on Filipinos overseas, who, in exemplifying the talent and industry of the Filipino, have brought the country honor and recognition through excellence and distinction in the pursuit of their work or profession. 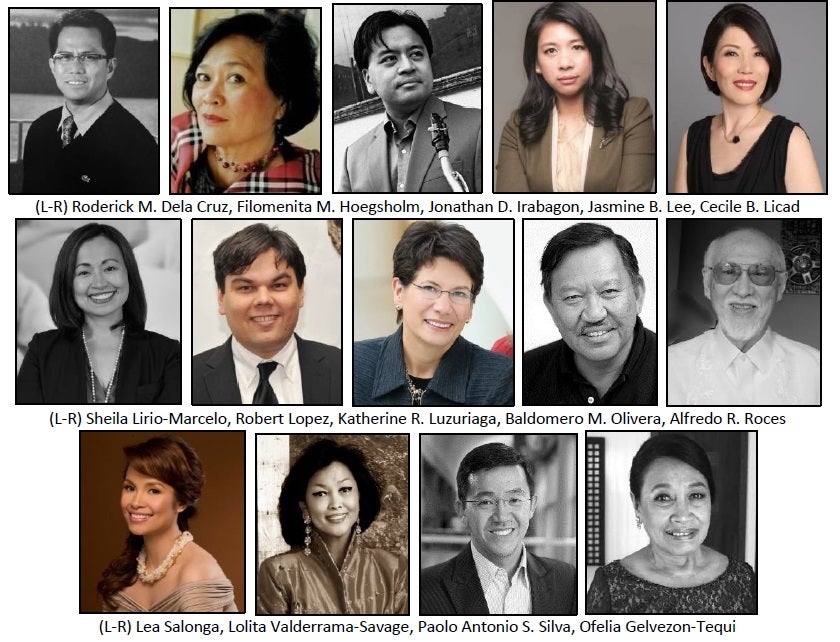 The Presidential Awards is spearheaded by the Commission on Filipinos Overseas, an agency under the Office of the President tasked to promote and uphold the interests, rights and welfare of overseas Filipinos, as well as to maintain strong and mutually beneficial ties between overseas Filipinos throughout the world and the motherland.

“In observance of the Month of Overseas Filipinos this December, we congratulate and pay tribute to this year’s recipients of the 2014 Presidential Awards for Filipino Individuals and Organizations Overseas,” said Sec. Imelda M. Nicolas, chairperson of Commission on Filipinos Overseas.

“Because they embody the best that a global Filipino can be, we salute them for their commendable efforts, exceptional professional accomplishments, and civic and humanitarian involvements that have contributed to the advancement of the adopted countries they serve, and the home country we love, ” Nicolas added.

After the Presidential Awards, the CFO is organizing the 3rd Global Summit of Filipinos in the Diaspora at the Manila Hotel this coming February 25-27, 2015.

Known as the largest gathering in the Philippines of Presidential awardees, Filipino community leaders, and other Filipinos in the diaspora, the Global Summit aims to produce a clear vision and strategic action plan for Filipino diaspora communities for 2015 and beyond.

It also encourages overseas Filipinos to engage in the different components of the Diaspora to Development or D2D – from diaspora philanthropy, diaspora investment, entrepreneurship and business; eco-tourism, health and wellness tourism, Balik-Turo; AlayDunong sa Bayan, legal assistance to overseas Filipinos in distress, retirement options to the rationalized coordination of medical/dental missions.