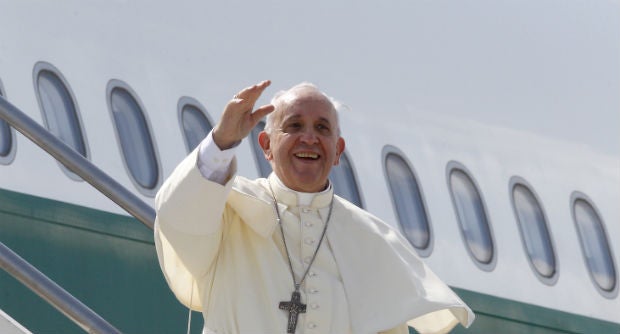 MANILA, Philippines—The Archdiocese of Palo will give away 78,000 tickets for a Mass to be celebrated by Pope Francis at Tacloban International Airport on Jan. 17, 2015.

But people can go to the Mass even without tickets.

Rev. Cris Militante, Archdiocese of Palo media coordinator for the papal visit, said yesterday that the tickets will serve as passes only for people who will be allowed in the quadrangle where the Mass will be held.

Militante said the tickets were not VIP passes.

“The tickets will be some sort of identification just for the purpose of crowd control and these are free,” Militante said in an interview over Church-run Radyo Veritas.

Militante said tickets would be given to representatives of the parishes and mission stations in the Archdiocese of Palo.

He said each of the parishes and mission stations were expected to send at least 1,000 representatives to the Mass.

“We have more than 78 parishes and mission stations who will fill the area. But it doesn’t mean that only those who will be chosen will be invited to the Mass. Anybody can go but only ticket holders will be allowed inside the area,” Militante said.

He will fly to Tacloban on Jan. 17, 2015, and celebrate a Mass at the airport at 10 a.m., after which he will join 30 survivors of Supertyphoon “Yolanda” (international name: Haiyan) for lunch at the Archbishop’s Residence in Palo town.

At 3 p.m., Francis will bless a center for the poor named after him.

Before he departs for Manila, Francis will meet with priests, members of the religious community, seminarians and families of typhoon survivors at the Cathedral of Palo at 3:30 p.m.

Lingayen-Dagupan Archbishop Socrates Villegas, president of the Catholic Bishops’ Conference of the Philippines, said Catholics must not wait for Pope Francis in order to live and share his message of mercy and compassion.

According to Villegas, the papal visit has created much interest among the public and the media, as shown by inquiries about which places the Pope will visit and even trivial things like what he will eat.

But more important than what the Pope will eat, Villegas said, “is what food you give to the poor in the name of Pope Francis.”

“More important than where Pope Francis will go is where you will go to bring the message of mercy and compassion,” he said.

He said there were people asking where they could get tickets to get close to the Pope.

Waray songs to be sung at papal Mass in Tacloban

There might be no room at the inn for papal visit