Obama order spares tens of thousands of Filipinos from deportation 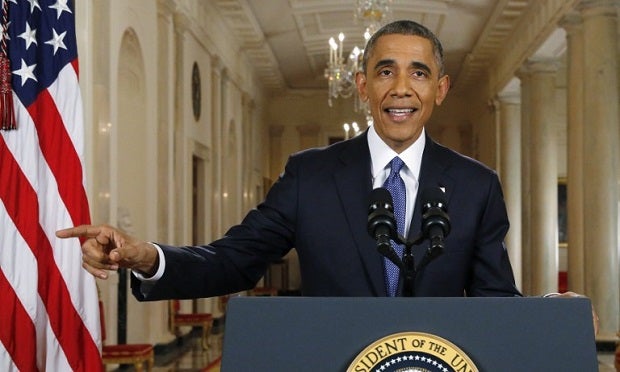 US President Barack Obama announces executive actions on US immigration policy during a nationally televised address from the White House November 20, 2014 in Washington, DC. Obama outlined a plan to ease the threat of deportation for about 4.7 million undocumented immigrants. AFP PHOTO/Jim BOURG

MANILA, Philippines–The Department of Foreign Affairs (DFA) has ordered its posts in the United States to study President Barack Obama’s executive action on immigration, which will spare tens of thousands of undocumented Filipinos there from deportation.

“We have asked our foreign service Posts in the US to look into this carefully, and determine how we can best assist our kababayans (compatriots) to avail of the protection offered under this proposal,” he said.

The executive order, which is seen as Obama’s way to break a stalemate in America’s long-simmering debate over immigration by cutting out Congress, will spare an estimated five million illegal immigrants in the US from deportation.

There are more around 271,000 irregular or undocumented Filipinos in the US according to the December 2012 figures of the Commission on Filipinos Overseas.

The US is the top destination of Filipinos going abroad with more than three million permanent migrants and 126,000 temporary workers.

In a televised address Thursday night (Friday morning in Manila),  Obama  described the most sweeping changes to fractured immigration laws in nearly three decades, saying that taking executive actions were a “commonsense” plan consistent with what previous presidents of both parties had done. Immigrants living illegally in the United States would be saved from deportation by receiving work permits; millions more would remain in limbo.

“Amnesty is the immigration system we have today — millions of people who live here without paying their taxes or playing by the rules, while politicians use the issue to scare people and whip up votes at election time,” Obama said. With Associated Press

Obama: US will make immigration ‘more fair and just’