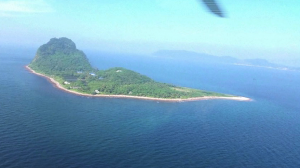 MANILA, Philippines—In the wake of the controversial visit of the chiefs of the Department of Health and the Armed Forces of the Philippines to soldiers being quarantined for possible Ebola virus infection on Caballo island, a medical group is proposing an amendment to the law of quarantine to prevent protocol violations in the future.

Dr. Anthony Leachon, president of the Philippine College of Physicians, said on Wednesday, the confusion on Ebola quarantine protocol brought about by Acting Health Secretary Janette Garin and AFP chief of staff Gen. Gregorio Pio Catapang’s visit to the island stemmed from the lack of clear-cut guidelines on quarantine.

“The reason why people are confused because there are no clear guidelines on quarantine. Maybe there is a need to revise the existing rules and regulations to clear things up,” said Leachon in an interview with the Philippine Daily Inquirer.

He pointed out that the implementing rules and regulations of the Quarantine Act of 2004 only specified management protocol for diseases such as cholera, yellow fever and plague.

“This is our suggestion, that a review and revision must be conducted on the quarantine law and this could be spearheaded by the health secretary,” he said, adding that an administrative order could also be issued on the matter “to clarify things.”

Garin and Catapang drew flak following their visit on Sunday to Caballo island, where 132 Filipino peacekeepers from Liberia have been staying in quarantine for 21 days as a precautionary measure against the spread of the Ebola virus.

The virus has killed 4,950 people out of over 13,000 infected by it, a vast majority from Sierra Leone, Liberia and Guinea.

Several lawmakers and doctors said Garin and Catapang’s weekend visit to Caballo was a breach in the protocol on the quarantine of people who returned from Ebola-stricken countries.

Earlier, Leachon pointed out that with the Philippines having a weak health care system, protocols on quarantine should be followed strictly. He had said that Garin and Catapang should have worn the necessary protective gears at the least to protect themselves from possible exposure to the deadly virus.

On Tuesday, Garin denied breaking the quarantine protocol, stressing the importance of visiting the soldiers who needed answers about medical concerns. She also said there was no need to wear protective gear at that time since none of the peacekeepers was showing symptoms of Ebola.

On his Facebook account, Leachon blasted Garin, saying that the visit was merely a publicity stunt. “No protective gear. Your face won’t be seen for photo op. DOH justified it by saying it’s not contagious in the early phase or if without symptoms at all,” he said.

He also added that if the purpose was to allay anxiety among the troops, a video conference with President Aquino and other members of the Cabinet giving inspiring messages to the soldiers would have the same effect without breaking the protocol.

Senators uncertain how to face Garin

Sportsfest for peacekeepers on Caballo Island kicks off