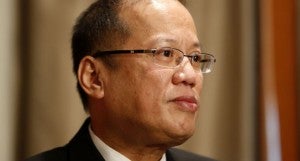 Aquino, who will attend The Economist’s The World in 2015 conference, left on Tuesday morning with some of his Cabinet secretaries.

Executive Paquito Ochoa Jr. said the amount was set aside for the 54-member delegation’s transportation, accommodation, food, equipment and other requirements.

“This is a significant opportunity for our President to share his administration’s plans and reform programs towards sustainable economic and inclusive growth, as well as the peace process for Mindanao,” Ochoa said in a statement.

Aquino is the keynote speaker at The World in 2015 gala dinner. Malacañang said it is the first time that a Philippine leader was asked to speak at The Economist’s global forum, which started in 2009.

Before he left the country, the President said the event was “not typical” since it will gather under one roof many of the largest companies in the world.

He said it would be an opportunity for him to directly answer their questions on setting up businesses in the Philippines.

Aquino said he will also visit a Jollibee branch in Singapore.

(There, we will not only be able to join our hardworking citizens, we will also be able to promote the world class products and services of the Filipino.)

Aquino off to Singapore Tuesday, will keynote int’l business conference

How much do Aquino’s trips abroad cost?