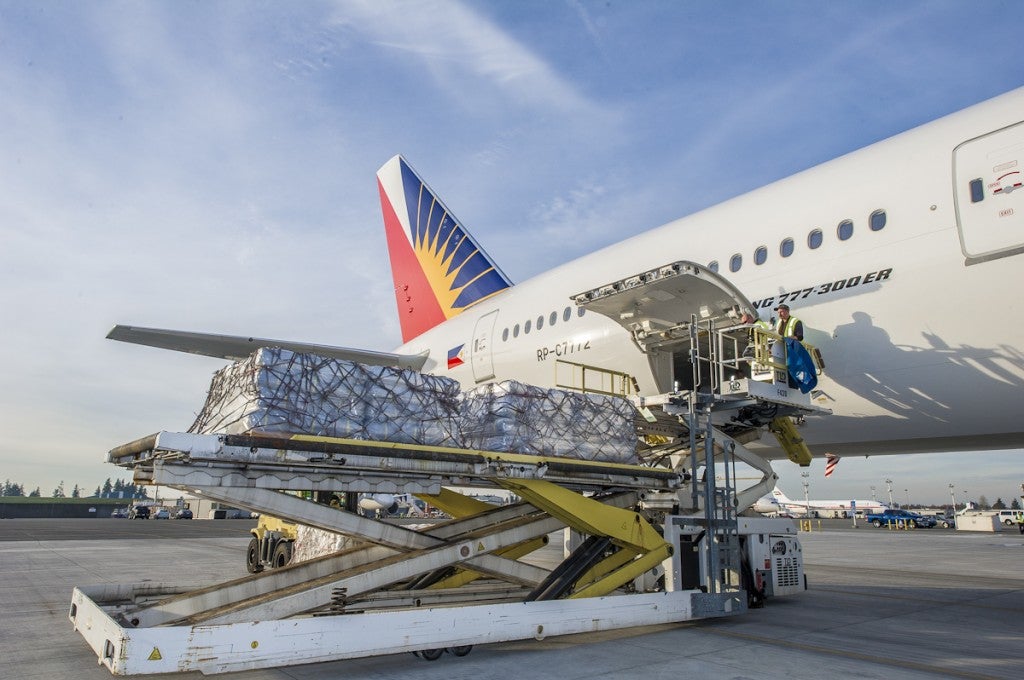 WASHINGTON, D.C. – With the expected growth in airline passenger traffic in the Philippines in the next two decades, US aircraft manufacturing giant Boeing wants Philippine carriers to consider using its long-range passenger planes for the profitable North American market.

Boeing officials made clear their desire to play a larger role in the Philippine market, which is currently dominated by Airbus Industries, during their briefing for Ambassador Jose L. Cuisia, Jr. who recently visited the company’s Everett factory near Seattle.

Noting the 6.6 percent projected growth in airline passenger traffic for the Philippines in the next 20 years and the backlog in Airbus aircraft orders, Boeing executives told Cuisia they are ready to make aircraft for Philippine carriers available in 2016.

“The demand for aircraft in Southeast Asia over the next 20 years will reach 3,500 units valued at $500 billion,” said John S. Schubert, managing director for Marketing for Asia Pacific and India.

“However, in the Philippines, out of the 141 commercial aircraft currently being used, only six are Boeings, “a dismal 4 percent market share.”

The six Boeing aircraft in service are the 777-300ERs that Philippine Airlines currently uses for its long-haul flights to North America, which is considered the flag carrier’s largest and most profitable market with a population of more than 4 million Filipinos.

Dave Kell, director of  Boeing’s Product Marketing for commercial airplanes, said the 777 remains one of the most in-demand aircraft today, with 1,805 firm orders from 69 customers. He said it is likewise the most preferred, most reliable and most valued aircraft in the market.

“The 777 is the most suitable aircraft for long range North American routes such as those of Philippine Airlines,” Kell said.

During their briefing for Cuisia, Boeing executives also informed him of company’s assistance to the Philippines, including $750,000 from both the Boeing Company and Boeing Employees for relief efforts for victims of Typhoon Yolanda as well as a cooperative effort between World Vision, Philippine Airlines, and Boeing to airlift relief supplies during a 777-300ER delivery flight last year.