MANILA, Philippines — United Nations (UN) peacekeepers coming home from Ebola-stricken Liberia on Wednesday will be brought to a “paradise” island, equipped with recreational facilities, for a mandatory 21-day quarantine.

Caballo island is a Philippine naval base known as Fort Hughes located at the entrance of Manila Bay. It is off limits to civilians.

The Philippine military has equipped the quarantine area with recreational facilities on top of the basic necessities in order for the peacekeepers to enjoy their three-week stay.

“To the family members of our gallant peacekeepers, I would like to ask your patience for extending the absence of your loved ones. I have done everything to make their stay at the Island Paradise of Caballo, a very pleasant and memorable one,” Armed Forces of the Philippine (AFP) chief General Gregorio Pio Catapang Jr. said on Monday. 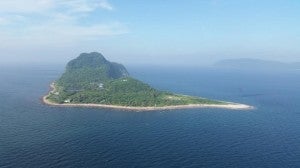 There are 133 peacekeepers returning home on Wednesday — 108 from the AFP, 24 from the Philippine National Police (PNP) and one from the Bureau of Jail Management and Penology (BJMP).

All the peacekeepers belong to the “No risk” category and have passed the Ebola screening conducted by UN doctors. The procedure is a requirement before their repatriation.

But despite this, the 21-day quarantine will still be implemented in line with government’s efforts to retain the country’s Ebola-free status.

Lieutenant Colonel Harold Cabunoc, AFP Public Affairs Office Chief, downplayed any possible spread of the Ebola virus and that personnel who would greet them in their arrival at Villamor Airbase on Wednesday need not wear any protective gear.

“No need to wear protective gear, no peacekeeper has shown any sign of being infected with the Ebola virus,” Cabunoc said.

Despite the assurance that no peacekeeper was infected, Cabunoc said the AFP still followed the quarantine protocol for all foreign missions.

Family members are not yet allowed to interact with the peacekeepers and only a livestreaming monitor from which they would watch the arrival was the only way they could see the men and women who served the UN in keeping the peace in Liberia.

Cabunoc added that there was a “no-touch” policy among the peacekeepers and other personnel and that the bus drivers who would bring them to Sangley Point, where they would board the ship en route to Caballo Island, are the only non-AFP or Health Department personnel to have the closest interaction with them.

“There are protocols on how near they are allowed to interact with the peacekeepers,” Cabunoc said.

During their 21-day stay in Caballo Island, the peacekeepers are isolated from the Philippine Navy personnel taking encampment in the island wherein there are designated areas where they are only allowed.

Cabunoc said that the peacekeepers would stay in air-conditioned “igloos” that would each house 32 persons.

Also, a Navy vessel would deliver the peacekeepers supplies on a designated drop-off point but no interaction would happen.

“There are specific areas where they can stay, run, play, fish, swim, surf the Internet,” Cabunoc said. “This area is separated from the administrative area of the Philippine Navy personnel who are staying there.”

The deadly Ebola virus has killed close to 5,000 mostly in West Africa since December last year.

Read Next
Asean to launch regional tour packages
EDITORS' PICK
PH preps for China virus: Question of when, not if
Museums ‘put to sleep,’ churches closed amid volcano’s unrest
Beyond water service: Maynilad builds massive infrastructure projects to clean up Metro Manila waterways
Get exciting deals and discounts when you download the new McDonald’s App
Seventh judge assigned to handle De Lima case
SM continues to send relief assistance to remote towns in Batangas
MOST READ
Passengers from Wuhan, China to be flown out of Kalibo, Aklan – CAAP
Part of Aurora Boulevard in Cubao closed from Jan. 25 – Feb. 1
Lacson on Duterte’s threat to end VFA over Bato’s canceled visa: Where is the connection?
Seventh judge assigned to handle De Lima case
Don't miss out on the latest news and information.