ZAMBOANGA CITY, Philippines – An 18-year-old Chinese national was freed by his abductors in Alicia town in Zamboanga Sibugay, on Wednesday morning. 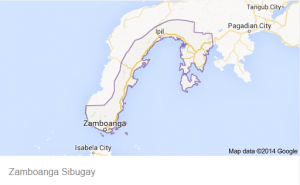 A Philippine Daily Inquirer source, who asked not to be named as he was not authorized to speak to the media about the case, said Li and two of his abductors left Basilan province at 5 p.m. Tuesday and arrived in Naga town in Zamboanga Sibugay before midnight.

“He was told to walk and follow a path towards a direction pointed by his abductors, then wait for his manager to arrive and fetch him,” the source said.

The source said Li had asked a resident to bring him to a nearby police station.

“She (The resident) immediately brought Zhei to a house of PO1 Jimnazur Laja, who is assigned in Alicia,” the source said.

Laja brought Li to the Zamboanga Sibugay Provincial Police where the victim was debriefed.