MANILA, Philippines—”They slap me in the face and kick me. They have a stick for you. If I make a small mistake they would hit parts of my body – back legs, back and head. Sir would slap or punch me in the face. If they come back from the mall and I am not finished they would beat me.”

This story told by 30-year-old Filipino “Shelly A.” was just one of countless stories of physical, sexual, and psychological abuses endured by domestic workers in the United Arab Emirates (UAE) compiled by international human rights group, Human Rights Watch (HRW).

Another Filipino domestic helper, identified as  36-year-old “Raquel P.” told of how she tried to escape being beaten by her employers by climbing the balcony on the fifth floor apartment. 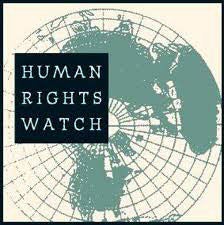 “I tried to go down from the balcony on the fifth floor to escape them at that moment. They both beat me, and I was very scared. I didn’t care if I fell from the fifth floor,” she said.

Other Filipino domestic workers spoke of verbal abuse such as being called a “donkey” or shouting at them that they “don’t have a brain,” and being threated that they will be “killed, cut into pieces, then thrown into the desert so no one will know.”

Rothna Begum, the author and researcher of the report, stressed the need to reform UAE’s “Kafala” visa sponsorship system which she says “restricts migrant workers’ abilities to change employers” if they are abused.

“Domestic workers are explicitly excluded from the UAE’s labor law and from the basic protections that the law and other labor policies afford to most other workers, such as limits on working hours and provisions for overtime pay,” Begum said in the report.

“Domestic workers have virtually no legal safeguards governing their employment,” she said.

Begum also pointed out the wage abuses experienced by many domestic workers when their salaries are not paid for months or they are paid less than what their contract says.

“Under the UAE’s Kafala system, a foreign worker’s ability to enter, live, and work legally in the UAE depends on a single employer who also serves as the worker’s visa sponsor,” Begum said.

“Not only does this system give employers inordinate control over the worker, but UAE laws have few safeguards for migrant workers to escape from this dependency in cases where the relationship becomes exploitative or abusive,” she said.

There are at least 146,000 female migrant domestic workers in the UAE coming from countries such as the Philippines, Indonesia, India, Bangladesh, Sri Lanka, Nepal, and Ethiopia.

According to records from the Philippine Overseas Employment Administration (POEA), Filipino domestic helpers deployed worldwide each year have continuously increased from 71,500 in 2009 to 164,400 in 2013.

December 2012 records of the Commission on Filipinos Overseas (CFO) show that there are 931,500 Filipinos in UAE, a large majority, around 722,000, are temporary migrant workers.

The full copy of the report is available at the website of HRW http://www.hrw.org/node/129798