VFA must be clear US forces ‘visiting’ not ‘invading’—expert

MANILA, Philippines—In reviewing the Visiting Forces Agreement (VFA) with the United States, the Philippines has to state clearly that the US personnel are “visiting forces” and not “invading forces,” according to a position paper by a political analyst.

Officials have claimed that the Philippines and the US had begun the process of reviewing the agreement even before the Oct. 11 killing of Filipino transgender Jeffrey “Jennifer” Laude allegedly by US Marine Joseph Scott Pemberton, which has led to calls for the VFA’s abrogation.

Benito Lim, a political science professor at the Ateneo de Manila University, said it should be made clear in the agreement that the joint military exercises are aimed chiefly at helping develop the Philippine military into a self-reliant defense force. 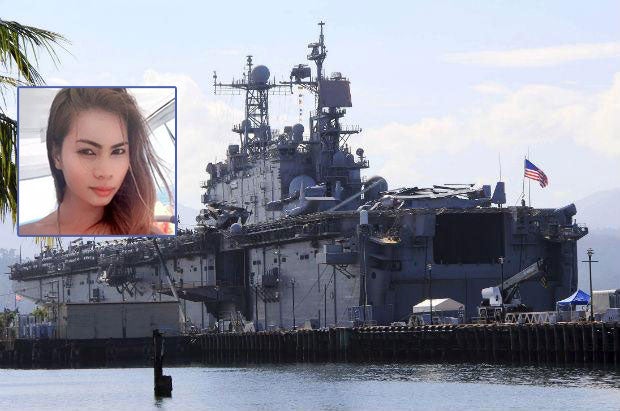 And while it recognizes the US role in boosting the Philippine military’s capability, the government should insist that US forces recognize the Philippines’ sovereignty as an independent republic and long-time ally, he said in the position paper submitted to the Senate.

“We must be vigilant in stating that US military personnel are `visiting forces,’ not `invading forces,’” said Lim, who teaches government, foreign policy and political economy.

The visiting forces should respect the country’s laws, and not “harm” or “molest” Filipinos, otherwise they would be answerable to the courts, he said.

The Senate foreign relations committee last Wednesday conducted a hearing on Laude’s killing in response to growing calls to renegotiate or terminate the 1999 agreement.

That same day, Pemberton was flown from a US ship docked in Olongapo City to the Joint US Military Assistance Group compound at Camp Aguinaldo amid demands from protesters for the Philippines to insist on custody of the suspect.

Officials said the government would seek custody of the Marine once the charges are filed and a warrant for his arrest is issued.

Lim agreed with Santiago that amending the VFA was the “best way” to help resolve controversial issues, including custody of US personnel.

He said most academic experts agreed that a revision should make clear that the US recognizes Philippine sovereignty and jurisdiction over US military personnel accused of committing crimes against Filipinos.

Foreign Secretary Albert del Rosario said on Friday the Philippines and the US would rather focus on making the VFA work, and were not amenable to a renegotiation.

Del Rosario said both countries were reviewing the VFA, but only to “fine-tune” it. He doubted the US would agree to an amendment.

“We’re looking at the smooth implementation of the mechanism. At this time, we’re not for a renegotiation because if there is a material change, then we have to resubmit the whole thing back to the Senate,” he said.

US Ambassador to the Philippines Philip Goldberg said the VFA was clear in that custody of a US suspect belonged to the US, while jurisdiction was with the Philippines.

Lim also said the government should not wave the VFA around as an instrument to threaten China with, warning that this would only exacerbate the territorial row in the disputed waters of the West Philippine Sea (South China Sea).

He said the government should assure China that joint exercises under the VFA are geared toward training Filipino soldiers, and not in support of US policy of “containing China.”

“We must make clear to the Chinese that we do not support any hostile move by the US or any other country against China. We do not want enemies, we want friends,” he said.

Santiago: Where is VFA review report?