The Pinoy is a US airport manager

Franklin Garcia did many things he didn’t do back home. In the United States, he sold ladies shoes in a department store, working morning through night.

Chasing the American Dream taught him to be patient. At the same time, he fought for his rights when his being a Filipino hang in the balance.

He once had a yelling match with a woman who was upset she could not get a pair of shoes for the same amount she paid at another store. The woman screamed at him relentlessly to “go back to your poor country.”

He replied: “Don’t mess with me, I came from a place where we eat cats and dogs,” then quietly returned to his desk.

At Macy’s, the famous store chain where he worked, Garcia helped the management catch three salesclerks who had been pilfering.

“They would come to work wearing old shoes and go home with Kenneth Coles and branded Italian pairs,” he narrates. For that, he was promptly awarded $1,500 and the three were fired.

Three months later, his coemployees were surprised to see him turn up at the store with a white carnation pinned on his name badge. It was a sign of promotion and identified him as a store manager.

Expectedly, his coemployees would bitch about his new stature saying they’ve spent many years at the store and never got a raise.

They would find out that Garcia multitasked wherever he was assigned to, was a college graduate while all of them were not.

Garcia’s career would take off from there. He would become manager of Century 21’s second largest section—the toys, teen and sports section.

In that area of downtown Manhattan just across the then World Trade Center, the store was famous for its imported European brands, a mecca for discriminating shoppers and tourists.

But something was amiss. He always wanted to be a pilot and that dream never left him even when he was already in the United States. As fate would have it, he would come to a place literally close to his dream: an airport. 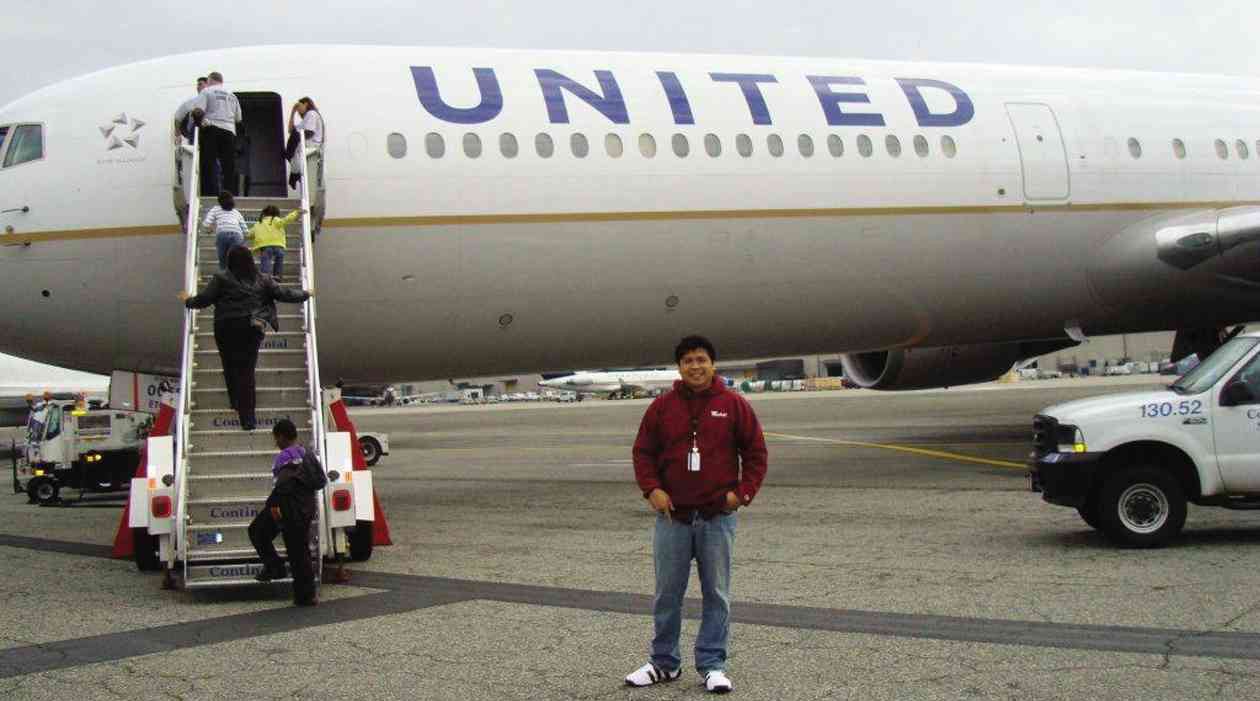 Garcia practically grew up in an airbase and anything that flies amazed him no end when he was young. His father was a Philippine Air Force officer who was alternately based in Clark and Nichols in Pasay. That explains his fascination with airplanes.

He would become an airport manager handling operations of two of America’s busiest airports: Newark in New Jersey and John F. Kennedy in New York City.

Not an easy career

Today, Garcia is an accomplished retail and commercial real estate manager with diverse experiences in domestic and international business transactions, airport concessions, shopping mall management and more, displaying what many foreigners have always said about our countrymen—masipag at matiyaga.

When he saw an opportunity to work as an airport operations manager he pursued it to the very end.

Ultimately, he became general manager (GM) of Newark Airport Terminal A and B, handling the concessions program of the Port Authority of New York and New Jersey where he had a fruitful six-year career.

During his term, he witnessed the horrors of 9/11 seeing one of the planes involved take off from United Airlines Terminal A1 on that fateful day. “It was terrifying recalling it now,” he says.

His journey also took him further to the Bronx in New York as GM of Yankee Stadium for Standard “SP PLUS” Parking. At the huge stadium, he managed a maintenance program for 15 parking garage clusters and 100 more transit and parking facilities in New York, New Jersey, Connecticut and Pennsylvania.

“It was boring on the shopping mall side,” Garcia says. He would soon rekindle his love affair with the aviation industry by working at the United Airlines Terminal C (Newark Liberty International Airport) as assistant GM for Westfield, one of the biggest shopping mall owners and developers in the United States (based in Sydney, Australia).

The airport division, which Newark Airport is part of, has 11 million departing passengers with annual sales of $214 million.

“We manage more than 100 stores. The business is like running a shopping mall and the only difference is that we have airplanes and not cars,” he says.

Garcia was born in Quezon City. His father is from Ilocos Norte and his mother from Nueva Ecija. He studied in Immaculate Concepcion Parish and Lagro Elementary School, Quezon City Science High School and then took up BA Communications and English at Far Eastern University graduating in 1987.

He got a job as assistant shopping center manager for a company whose owner was the sole distributor of a premium stereo brand in the Philippines.

As the company expanded its import business in the ’90s, he was given business development and leadership roles focusing on import purchasing.

When business improved, he was sent to Fukuoka, Japan, for a couple of years then moved to the United States.

As soon as he migrated to the United States in 1995, Garcia immediately enrolled in Bergen Community College and John T. Riordan School of Professional Development to take up travel-tourism and management courses, respectively.

“Opportunities inspire me. There are so many opportunities in America. You can have everything but you really have to work for it.”

His personal mantra: “Live, love and make a difference. What’s his job like? “I deal with different personalities and different situations every day. I have learned so much from the past and have evolved as a seasoned airport man, ready to deal with any airport problem,” he says.

What’s in the Filipino that he is most proud of? Garcia thinks it is the Pinoy’s patience, flexibility and good sense of humor … even in bad times. “I get homesick when I hear good things about the country and the progress that’s happening right now. I’m glad I would be visiting soon,” he shares.

How does he react on negative things he reads about Filipinos? “I always tell them that every country and nationality has good and bad side, and unfortunately, the bad ones are always sensationalized. They are just ignorant and narrow-minded people.”

His parting shot: “Sometimes, you need to have a big mouth, thick skin and a strong personality to let them know that Filipinos are not second-class human beings. We are more liked by many, and we just need to learn to stand on our own, as nobody will do it for us.”