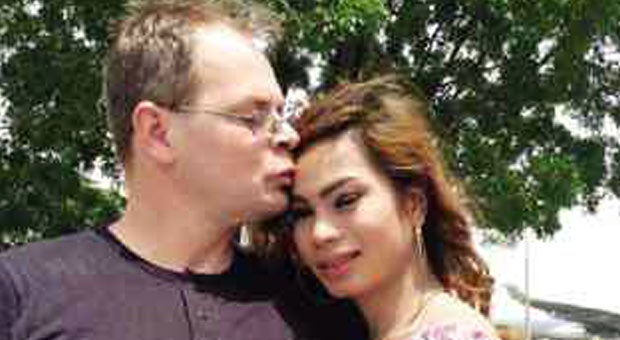 “I just talked to the Bureau of Immigration and they are waiting for a formal request from AFP (Armed Forces of the Philippines),” De Lima told reporters.

On Wednesday Marc Sueselbeck, together with Laude’s sister, climbed over the fence into the compound where Private First Class Joseph Scott Pemberton is being held. He even pushed a guard who tried to prevent him from getting close to the US Marine’s detention facility.

De Lima said even without a formal request, the Bureau of Immigration could, on its own, start the deportation proceedings Sueselbeck for breaching security in AFP’s national headquarters and showing disrespect to a person in authority.

“According to [Immigration] Commissioner Fred (Siegfred Mison), they are ready to act motu proprio (on their own) on the deportation proceedings since the whole incident was caught on video,” De Lima said.

De Lima said foreigners in the Philippines should learn to follow the law and respect authorities of their host country.

“So those acts like breaching the security of a military cam, misbehaving and pushing a uniformed personnel is certainly disrespect and even a criminal offense,” she added.

De Lima said the immigration bureau is considering either to deport him outright or file a case against him first to teach him a lesson.

Police and witnesses said Pemberton and  Laude, 26, met at a disco bar in Olongapo City on October 11, then went to a motel room where  Laude’s  body was later found. She had apparently been drowned in the toilet bowl. With The Associated Press