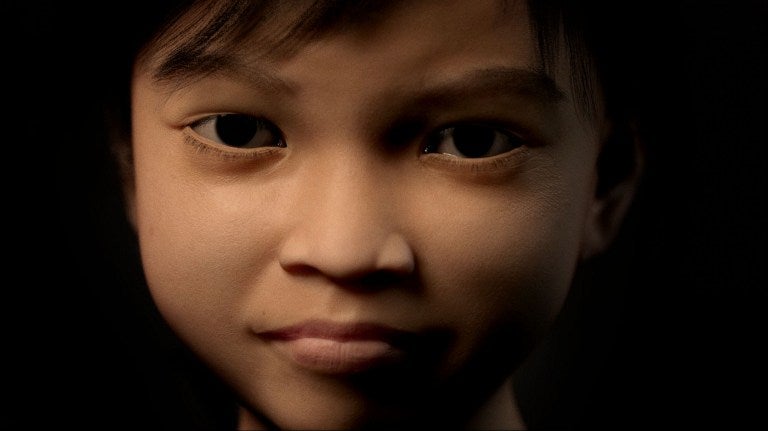 This hand out picture released by Terre des Hommes Netherlands, a Dutch rights group, on November 4, 2013 shows a computer-generated 10-year-old Filippino girl called Sweetie that helped identifying over 1,000 paedophiles around the world. AFP

SYDNEY — An Australian man caught in a global sting to trap child sex predators using a virtual 10-year-old Filipina called Sweetie has been jailed, in what is thought to be the first conviction from the operation, reports said Wednesday.

Over a 10-week period more than 20,000 predators from 71 countries approached the virtual 10-year-old asking for webcam sex performances and that more than 1,000 pedophiles had been identified as a result.

The group has said that several offenders have since been arrested after the information was passed onto police, including in Australia, Poland and the United States.

Australian man Scott Robert Hansen is the first person to be convicted in the online sting which snared 46 Australians, news.com.au reported Wednesday.

Court officials said that 38-year-old Hansen had been sentenced on three charges, including using a carriage service to transmit indecent communications to a person aged under 16, and possessing child exploitation material on Tuesday.

He was also charged with failing to comply with a sex offenders order.

“He was given a two-year sentence, suspended after 260 days he has already served in custody,” a court spokeswoman told AFP.

Terre des Hommes has said they did not approach anyone on the Internet but instead waited for people to approach Sweetie and ask for sex acts.

The rights group also stopped the conversation as soon as someone offered Sweetie money for sex acts.

Australian Federal Police are understood to have searched Hansen’s home following a web chat with “Sweetie” in which he was naked and masturbated, a spokesman for Terre des Hommes told news.com.au.

When the sting was revealed in 2013, Terres de Hommes said its researchers found the experience shocking.

“To put yourself in the shoes of a 10-year-old Filipina girl and seeing what some men want from you has been a shocking experience for them,” said its head of campaigns Hans Guyt.

“Some demands and acts were really obscene.”

The group said it wanted to raise the alarm about a largely unknown but quickly spreading new form of child exploitation that has tens of thousands of victims in the Philippines alone, known as webcam child sex tourism.