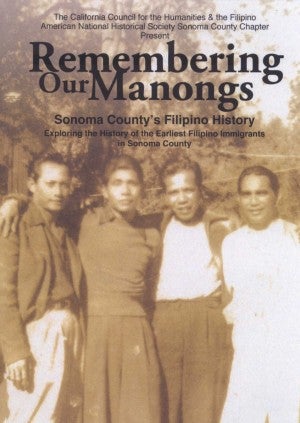 RANCHO PALOS VERDES, California – Carlos Bulosan’s book, America Is in the Heart: A Personal History, will be the center of the Filipino American History Month celebration on Saturday, October 25. The event will also present a documentary film on Sonoma, California’s Filipino history.

The celebration is sponsored by Philippine Expressions Bookshop will be held at Search to Involve Filipino Americans (SIPA) from 2:00 to 5:00 p.m. at 3200 West Temple St., Historic Filipinotown in Los Angeles. It is free

and open to the public.

The 2014 republication of America Is in the Heart comes with a new Introduction by Marilyn C. Alquizola and Lane Ryo Hirabayashi, who will share fresh insights on Bulosan’s classic memoir. First published in 1946, the book has been described as the premier text on the Filipino American experience.

It recalls Bulosan’s boyhood in the Philippines, his voyage to America and his years of hardship and despair as an itinerant laborer following the harvest trail in the rural West. Bulosan (1913-1956) was an English-language Filipino novelist and poet.

He immigrated to the United States at age 17 and worked as a farm worker, dishwasher and, ultimately, as a labor organizer in both Washington and California.

An autobiographical masterpiece, his book gives an unflinching account of the oppressive poverty that drove young men like Bulosan from their homeland and the brutality of life in America during the 1920s and 1930s.

“It was a crime to be a Filipino in California … The public streets were not free to my people: we were stopped each time these vigilant patrolmen saw us driving a car,” Bulosan writes. “We were suspect each time we were seen with a white woman. And perhaps, it was this narrowing of our life into an island, into a filthy segment of American society that had driven Filipinos … inward, hating everyone and despising all positive urgencies toward freedom.” 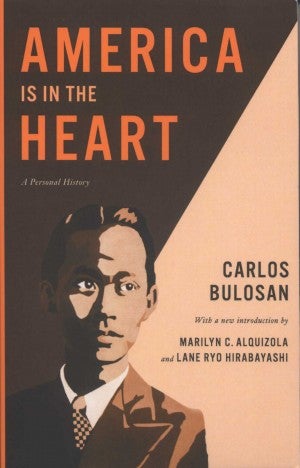 Carlos P. Romulo wrote in the New York Times: “America came to him in a public ward in the Los Angeles County Hospital while around him men died gasping for their last bit of air, and he learned that while America could be cruel, it could also be immeasurably kind… For Carlos Bulosan, no lifetime could be long enough in which to explain to America that no man could destroy his faith in it again. He wanted to contribute something toward the fulfillment of America. So, he wrote this book that holds the bitterness of his own blood.”

In the new 2014 edition, Alquizola and Hirabayashi eloquently situate this classic work within a contemporary context while also highlighting the book’s legacy in Filipino American literature as well as in labor and immigration history.

Lane Ryo Hirabayashi is The George and Sakaye Aratani Professor of the Japanese American Incarceration, Redress, and Community at UCLA and co-author of A Principled Stand: The Story of Hirabayashi v. United States.

Both of them will be signing copies of the book, which is now also available in an unabridged audio edition. Consisting of ten compact discs, total playing time is approximately 12 hours. Narrator Jose Hortsman Omila is the executive director of the Philippine Performance Arts Company and the Bayanihan Arts Center in Tampa Bay, Florida.

Both the book and audio can be ordered by mail after the event thru Literally Yours, the bookshop’s blog: philippineexpressionsbookshop.wordpress.com or by phone (310) 514-9139 or via email: [email protected]

“Remembering Our Manongs,” a 56-minute documentary on Sonoma County’s Filipino history, will be shown. It was produced by the Filipino American Historical Society (FANHS), Sonoma County Chapter and the California Council for Humanities. The film explores the history of the earliest Filipino immigrants in Sonoma County.

Their story is one of tenacity and endurance coupled with an extraordinary sense of community. Mostly single young men, they began arriving in California during the 1920’s.

Attracted by the promise of year-round work and pleasant weather, approximately 100 Manongs settled in the area at a time when Sonoma County’s agricultural production was the fifth largest in the United States. Their inspirational story is told by surviving members and their families, as well as descendants of former employers, and other key figures in Sonoma County.

There will be a Q & A with Alquizola, Hirabayashi and Carlene Sobrino Bonnivier as a resource discussant for questions regarding early Filipinos of an area in Los Angeles which has since been declared Historic Filipinotown. She is the co-editor of Filipinotown: Voices from Los Angeles, together with Gerald C. Gubatan and Gregory Villanueva.

The event is part of the ongoing program of Philippine Expressions Bookshop to create more awareness for the Filipino American experience and history. The bookshop is based in Rancho Palos Verdes. It was established in 1984 as a mail-order bookshop dedicated to Filipino Americans in search of their roots.

For major community events, it sets up a Pop Up Bookshop where people can browse.

This year, it celebrates 30 years of service to the Fil-Am community all over the US. Co-sponsors of the celebration include SIPA, The Friends of Echo Park Library and Carlene Sobrino Bonnivier. Both SIPA and Echo Park Library are located in Historic Filipinotown where Bonnivier grew up.