Signage for largest Fil-Am mural in US unveiled | Global News

Signage for largest Fil-Am mural in US unveiled 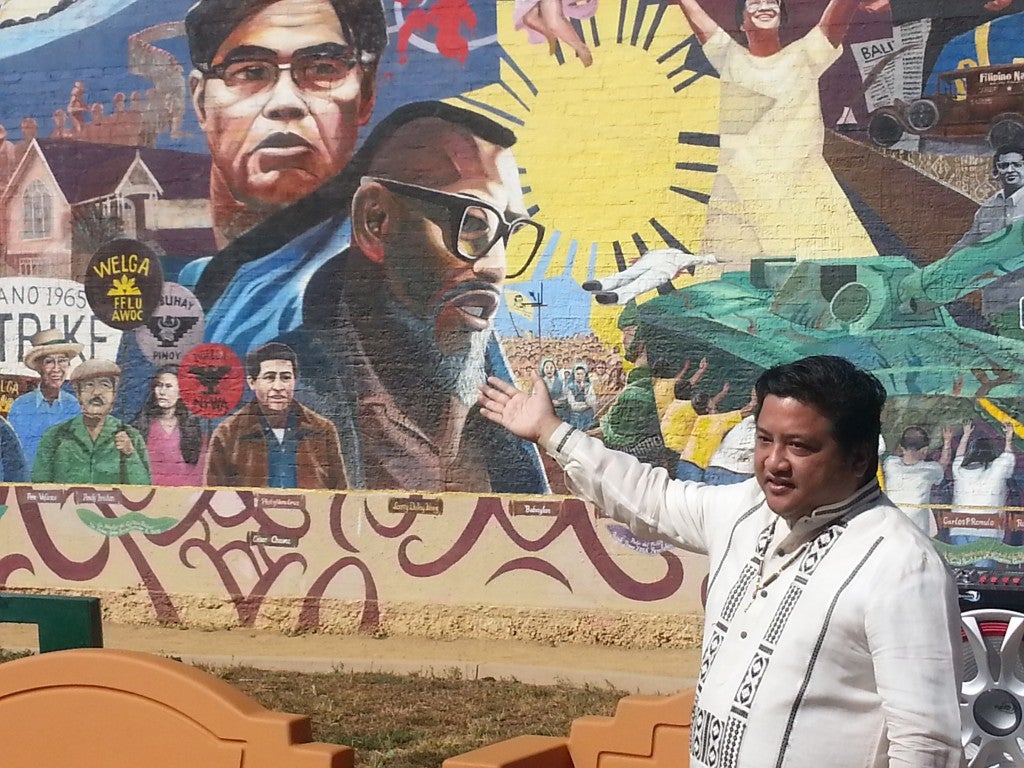 LOS ANGELES – Los Angeles City officials and Filipino-American community leaders have unveiled the signage for the largest Fil-Am mural in the United States.

“I see this new sign as a bridge, in the same way that the mural has become a bridge to other cultures,” said Eliseo Art Silva, the Fil-Am artist who created the mural depicting Filipino-American history and culture.

The mural, called “Gintong Kasaysayan, Gintong Pamana” (A Glorious History, A Golden Legacy) is located at the Unidad Park in Historic Filipinotown near downtown Los Angeles.

The signage, unveiled Saturday (Sunday in Manila), contains information about the park and the mural, which was created in 1995 to commemorate the Centennial of the Philippine Revolution against Spain and depict heroes and important figures in Filipino and Fil-Am history. 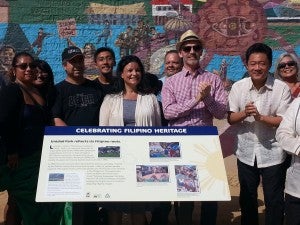 City officials and Fil-Am community leaders unveil signage for the largest Fil-Am mural in the US. Photo by Gerald Gubatan

The mural has been awarded the Design Excellence for Public Art by the City of Los Angeles Board of Cultural Affairs Commissioners and featured in the Smithsonian Institution’s travelling exhibition celebrating 100 years of Filipino migration to the US.

Unidad Park used to be a community garden sponsored by the Fil-Am grassroots group Search to Involve Pilipino Americans (SIPA). The lot was donated by Fil-Am doctor Carmencita Chuateco. The city bought the lot from Chuateco and converted it into a park through the Los Angeles Neighborhood Land Trust (LANLT).

Teaching history to Fil-Ams through murals