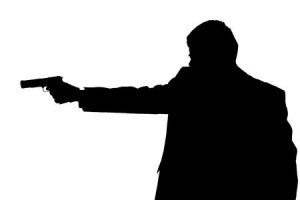 The victims, Robert Erich Loaber, 67, and Balthazar Johann Erni, 78, were on their way out of the B. Yasay beach resort when they were attacked.

Loaber sustained a gunshot wound in the cheek and another in the back of his head, while Erni was hit in the forehead and back. Investigators found six .45-caliber bullet casings and one slug at the scene.

Both Loaber and Erni had written down their local address as Xavier Estates, an upscale residential subdivision in this city.

Superintendent Michael Pareja, regional police spokesperson, said investigators were not ruling out robbery as the motive for the killings although the personal effects of the victims appeared intact.

Loaber and Erni were with two Filipina companions when they were shot but the police declined to identify the women for now.

Jojo Martinez, an employee at the resort, said they heard the muffled shots coming from the parking lot but none of his fellow workers had a clear look at the assailants.

Investigators were studying the CCTV footage of adjoining establishments to see if the killers could be identified.

Criminal gangs are known to operate in the southern Philippines, prompting China last month to warn its citizens against travel to the area. With a report from Agence France-Presse