California bans use of ‘gay panic’ defense in court 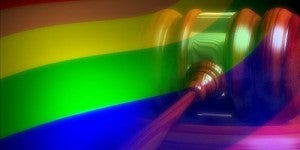 Officially, AB 2501 amends Section 192 of the Penal Code, relating to manslaughter. In the past, the “panic” defenses were used by murder trial defendants to argue for the lesser charge of manslaughter when the crimes allegedly took place after a “sudden quarrel” or in the “heat of passion.”

In these cases, defendants claim that they were shocked to find out that their victim —usually their supposed intimate partners — were gay or transgender, that they had no other way to react other than to inflict physical harm.

No justification for defense

“There is absolutely no justification for the use of ‘panic defenses.’ Clearly this tactic has been utilized by defendants, unjustly targeting members of the LGBT community, based on damaging stereotypes,” AB 2501 primary author, Assemblywoman Susan Bonilla, said in a statement in August.

According to Bonilla, the new law will help “ensure equality in our courts and [make] it very clear that discrimination against the LGBT community is intolerable and unacceptable.”

Barangay LA, a Filipino LGBTQ advocacy group based in Los Angeles, lauded the passage of the law. Speaking through a spokesperson, the group said that they are supportive of the ban on “trans panic” and “gay panic” defenses.

Pham said that the organization strives to create supportive environments for LGBTQ Filipinos in LA, and is further dedicated to similar advocacy initiatives.

“It is our hope that [other] states follow suit and recognize the importance of fair treatment of people as individuals, and not as a lower or detrimental body based on how they self-identify.” said Pham, Barangay LA’s PR director.

In August, the California Assembly cast a decisive 50-10 vote in favor of passing the bill, sending it to Gov. Brown’s desk for final approval.

The law clearly states that the accused person’s discomfort with, surprise at, or fear of a victim’s sexual preference or gender orientation does not qualify as a legal defense to justify the crime he or she is being charged with.