Film on Filipino dance artists to premiere in San Francisco 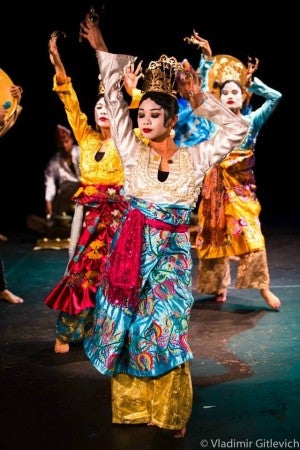 SAN FRANCISCO – A film on a Filipino choreographer’s and his dancers’ journey from auditions to choreography and intense rehearsals for a competition with hundreds of dance companies from all over the world will premiere in this city on Saturday, October 24.

“Sayaw” delves into the personal adventure of Loyola, who emigrated to the US equipped only with his passion for dance, the dream to elevate Philippine dance and share its artistic and cultural richness to the world. Loyola co-founded the American Center of Philippine arts five years ago for young Filipino-Americans to learn the Filipino culture through dance.

“Sayaw” is a film close to director Asuncion’s heart as he had danced ballet in his younger years and had always aspired to do a dance film.

This is also Asuncion’s way of promoting Filipino culture in the art form that he loves. When Asuncion met Loyola he instantly knew he would tell the latter’s story, which soon became this documentary.

“Sayaw” teems with excellent dancers, both neophytes and seasoned ones alike. Viewers can feast their eyes on the choreography and colorful and striking costume artistry.

The featured dancers in the film are: 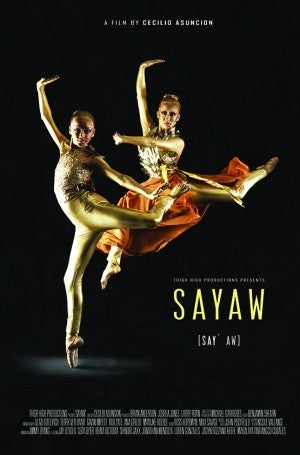 “Sayaw” is co-produced by Brian Anderson, Joshua Jones and Larry Roan and sponsored by the Philippine Department of Tourism, SwirlTV and the Artists in Motion Bay Area.

Question & Answer forum will follow after the film with Director Cecilio Asuncion and film’s cast, hosted by Michelle Meow. Complimentary cocktails will served from Infanta Coconut Vodka and hors d’oeuvres from Vanessa Rochelle and My Favorite Bite.

Doors open at 7:00 p.m. with Red Carpet Reception. Tickets may be purchased at http://sayawfilm.brownpapertickets.com/. A portion of ticket proceeds and donations are graciously accepted on behalf of Artists in Motion Bay Area.