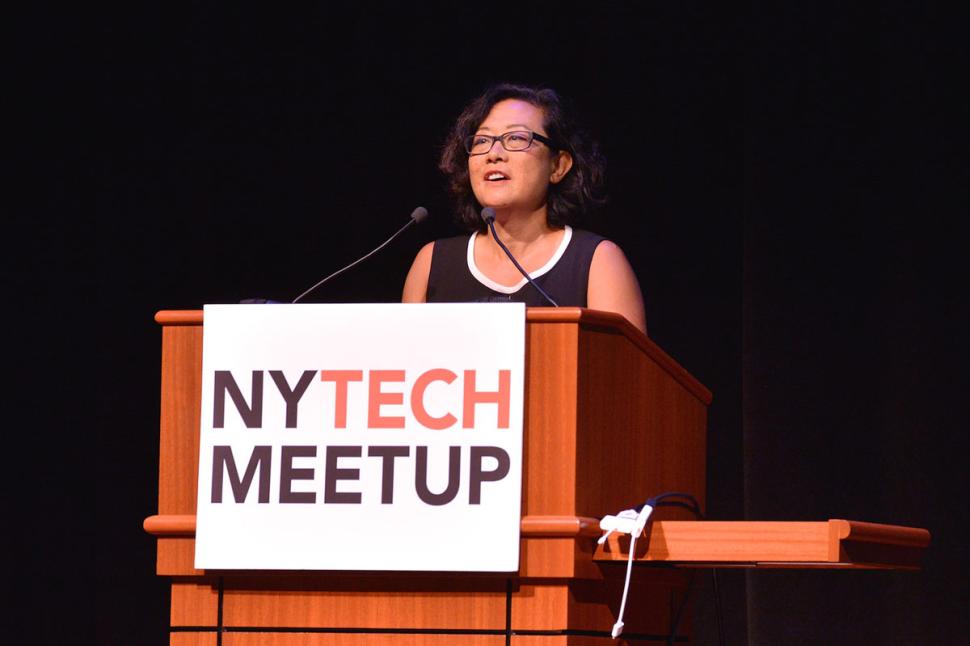 De Blasio introduced Philippine-born Minerva L. Tantoco, a startup founder and holder of four patents who comes from a CTO job at UBS, at the 10th anniversary gathering of the New York Tech Meet-Up at New York University.

Tantoco, will be in charge of expanding the city’s tech economy and finding ways to use high tech tools to help city government. She’ll run an Office of Technology and Innovation within the mayor’s office, reports the New York Daily News.

De Blasio wants native New Yorkers to fill a majority of tech jobs. He also wants to expand broadband Internet access. “We must have full universal access to high-speed, low-cost internet citywide, period, every borough, every neighborhood,” he said.

Tantoco grew up in Flushing, Queens, and went to high school at Bronx Science. “Our goal is to make New York City the most tech friendly and innovation driven city in the world,” she said.