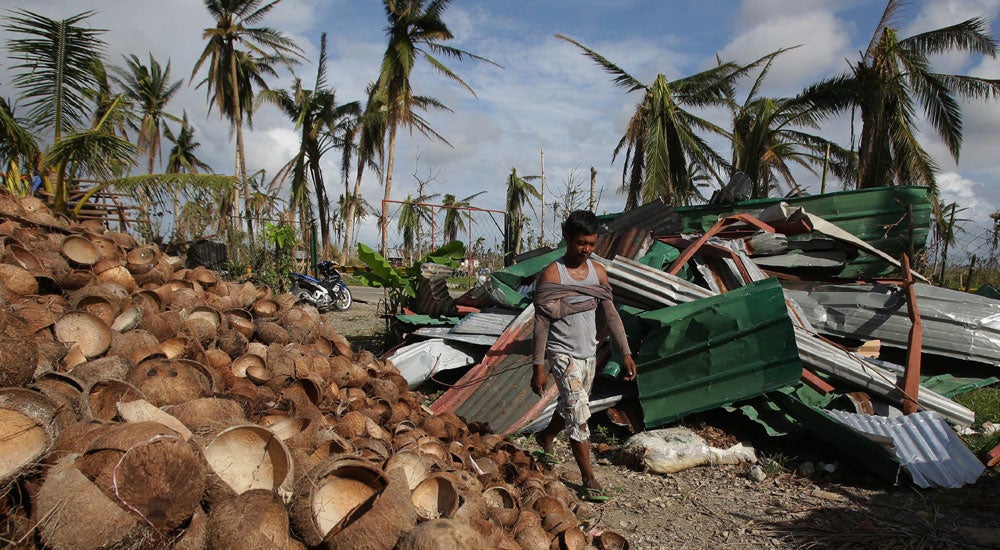 “Every year, we have 20 typhoons, seven of which make landfall, of which three are destructive. You are taking away resources for our national security. We are probably fighting more disasters than we are fighting wars,” Sering told the Inquirer in an interview before the United Nations Climate Change Summit, which opens Wednesday.

Lives lost in gun battles make a tremendous impact, but Sering said that “the rising intensity of typhoons is now being touted to be caused by humans as well.”

“Every person dying because of a disaster could be the fault of humanity,” she said.

President Aquino is among the world leaders invited to speak at the summit, a high-level push led by UN Secretary General Ban Ki-moon to reach a final agreement among nations to significantly cut greenhouse gas emissions at the 2015 Climate Change Conference in Paris.

US President Barack Obama is expected to attend the summit. The United States is one among the biggest emitters of greenhouse gases, along with China, India, Brazil, South Africa, and other developing nations.

Wednesday’s summit aims to salvage the failure in the 2009 Copenhagen Climate Change Conference to come up with commitments from nations to cut their greenhouse gas emissions to a safe level. It was supposed to be a renewed commitment after the expiry of the Kyoto Protocol, which set an internationally binding emission reduction targets in 1997, and its commitment period ended in 2012.

The Copenhagen conference resulted in an accord that had all participants acknowledge the need to keep the global temperature from rising to no more than 2 degrees Celsius.

Sering said there was a high consensus among scientists that the rise in global temperature since the 1950s had been human-induced.

“The debate remains on whether fossil fuel is really the cause and I think it is based not on science but based primarily on the protection of some big companies that continue to rely on oil and gas,” Sering said.

Sering said that while the Philippines was not a major greenhouse gas emitter, experience had shown that the more an economy grew, the emission increased as well, pointing to China and India.

“What we are doing right now is to find ways to decouple growth in the economy and reduction in emission. In short, the things that power our economic growth… We should look at alternatives so that we keep our emission low,” she stressed, citing as example solar power.

“We have one of the highest potentials from the sun and yet we are not harnessing it. If there is sun then there must be a way for us to capture energy from it. The cost of solar (panels) has reduced tremendously in the last couple of years and has opened doors for such technology in the country,” Sering said.