Who’s in charge when Aquino is away? 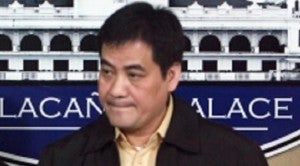 MANILA, Philippines — President Benigno Aquino III did not assign a single “caretaker” before he embarked on a 12-day trip to Europe and the United States because there is no need for that, Malacanang said Monday.

Presidential Spokesperson Edwin Lacierda said “the reins of government will be handled properly by the designated officials.”

The statement came amid questions on why Vice President Jejomar Binay, an opposition leader and aspiring presidential candidate, was not designated “caretaker.”

Lacierda later shared on social media a copy of the memorandum on instructions on how the government will function whenever the President is out of the country.

“The President of the Philippines shall continue to exercise all the functions of his office as enjoined by the Constitution and the laws, in the same manner as when he is within the national territory. The Executive Secretary shall, as heretofore, sign all papers that are ordinarily signed by him by or under the authority of the President and shall decide routine matters,” the document said.

Lacierda pointed out that the role of the vice president also differs per administration.

In the case of the Aquino administration, the Vice President will represent the head of state during social functions and president official ceremonies.

“On such occasion the Vice President shall be entitled to the honors and courtesies due the President of the Philippines,” the document said.

The vice president shall also preside over Cabinet meetings although no decision shall be undertaken unless there is unanimous opinion on the matter.

Meanwhile, department secretaries will attend to matters pertaining to their agencies. Those needing approval of the President can be sent immediately or the secretary may communicate with the President through “the fastest and most convenient means of communication.”

A separate briefer published in the Official Gazette said that the Philippines has long shunned the concept of an acting or caretaker president.

“This is a principle laid down in 1936 and followed by every chief executive since. The powers and responsibilities of the office are indivisible from the person of the President, and continue to be held and exercised by him, whether he is in the national territory or not,” the briefer said.

Aquino will be visiting Spain, Belgium, France, Germany and the United States to meet with heads of states and to attend the UN Climate Change Summit.

Is Binay an Aquino ally?