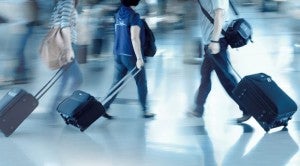 MANILA, Philippines—China on Friday warned its citizens not to travel to the Philippines after a Chinese teenager who worked in a family-run store was kidnapped.

The Chinese Foreign Ministry also said it was worried because of plots confirmed by the police in the Philippines that criminal groups planned to attack the Chinese embassy, Chinese companies and public venues such as malls.

“Given that the safety situation in the Philippines is deteriorating, the consular service of the foreign ministry is asking Chinese nationals not to travel to the Philippines for the time being,” the warning read.

The warning comes as relations between the countries have soured and even turned hostile in recent years as Beijing and Manila battle over claims to the same territory in the South China Sea.

Sought for comment on China’s travel advisory, Department of Foreign Affairs spokesman Charles Jose said in a text message, “We’re studying it at this time.”

Castillo, the provincial police spokesman, said officers in pursuit found the kidnappers’ vehicle burning in a village about two kilometers (1.25 miles) away.

Mayor George Cainglet said Abu Sayyaf militants who kidnapped Australian Warren Richard Rodwell in 2011 may have been involved. He said no ransom demand had been made. With a report from Matikas Santos