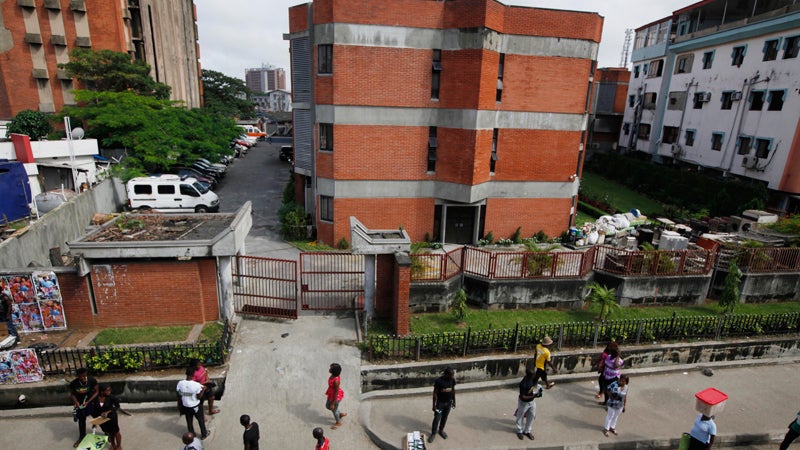 “A bleak future for us and our families,” that is the cry of the OFWs over the decision of the Philippine Embassy in Abuja to raise Nigeria to Modified Alert Level 2.

There are about 1,200 Filipinos in Nigeria mostly working in oil fields and construction companies.

The OFWs in Nigeria headed by Pusong Pinoy Association (PPA), Filipino Association in Port Harcourt and several industries headed by Filipino managers, launched a signature campaign to decry the decision of the Philippine Embassy. The groups also sent letters to the Department of Foreign Affairs, POEA and the DOH.

“Since the advisory was issued, we are continuously sending emails to the Philippine Embassy, to the point that our emails are no longer accepted,” John Hernandez said in an email.

In their petitions, the OFWs ask the Philippine Embassy the reason on the “sudden decision” of raising Modified Alert Level 2, when all other embassies are not raising travel restrictions to the affected countries.  They also mention the MERS-CoV virus affecting those in the Middle East but countries, including the Philippines do not issue travel bans.

Further, the OFWs think that it will create diplomatic tension between Nigeria and the Philippines. Nigeria’s Minister of Health Onyebuchi Chukwu said that the Ebola is already contained in Nigeria. Schools are set to open on 22 September instead of October 13.

In a letter sent by Lotus Plastics Limited in Abuja, which employs 41 Filipinos and 31 of whom will be on vacation in the Philippines by December. If the restriction pushes through, the company will have no options but to hire other nationals.

Alfredo Gumansing, the Head of the Health and Safety Officer of Julius Berger, the largest construction firm in Nigeria said that “Restricting OFW’s to travel back and work in Nigeria is not fair. Why there is no travel restriction to the Middle East when they have the MERS-CoV (Middle East Corona Virus) more dreaded viral transmission (airborne) than Ebola? An OFW from the middle east went home in the Philippines with MERS-CoV.”

In spite of the positive developments in Ebola, the Philippine Embassy, still insisted on “total ban”. In a letter sent to the OFWs, Vice Consul Ralf Roldan said that the Modified Alert Level 2 is a result of inter-agency meeting in Manila. However, the OFWs believe that they must be consulted first before agreeing on sensitive issue which affects their source of livelihood.

“We need to help each other; the OFWs and the Philippine Embassy. The Philippine Government must know the truth. We were not consulted by the Embassy. Instead of advising us on what to do to prevent Ebola, they are creating panic, not from the disease but from the thought of losing our jobs,” Hernandez said.

The Filipino workers already sought the help of Center for Migrant Advocacy (CMA) represented by Ellene Sana to clarify the matter to POEA and DFA.

Ambassador Alex Lamadrid cannot be reached for comments. However, in an email, Lito Nucum said that the “ban” only applies to the OFWs and not to the embassy officials, according to an embassy employee.

If the Philippine Embassy will remain adamant, the Filipino communities are planning to stage a protest to oust Lamadrid and for the government to retract its “negative” advisory.

As of today, the POEA still issues OFW Exit Clearance (OEC) to OFWs bound for Nigeria.

WHO, US discourage ‘ban’ on affected countries

According to the World Health Organization, the risk of getting Ebola during travel remains low. Further, WHO stresses that no ban on international travel or trade to Ebola affected countries, instead, the countries must be prepared to detect, investigate and manage Ebola cases. The United States only issues notification to alert travelers going to Ebola affected countries to practice extreme precautions.

Aside from the Philippine Embassy, all other embassies in Nigeria are not issuing travel ‘ban’ or repatriations to their nationals.

Nigeria is the first country to raise a State of Emergency following the death of Patrick Sawyer who boarded a plane from Liberia to Lagos.

MERS virus not yet an emergency, says WHO