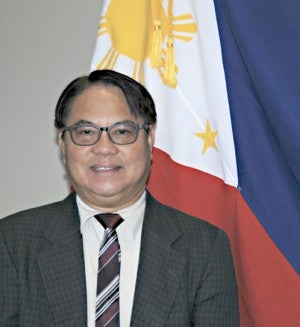 CHICAGO, Illinois – The Philippines’ new Consul General held the first of his promised “dialogue with the community” on August 20 at 5:30 p.m., right after the regular office hours, lasting for about one and half hour.

“The third Wednesday of the month will be for the concerns of Filipinos under my consular jurisdiction,” declared Generoso Calonge, the newly appointed Consul General in Chicago. This unprecedented move was made known early July when he made his first public appearance.

“I was not able to start last month because of my participation in the 9th Ambassador Consuls General Tourism Directors Tour in Manila,” he explained to two-dozen area community leaders and media persons.

Many of those who came took note of the tense and cool reception from the other consular personnel, who at some point aggressively told attendees that they would not be let in if their names were not on their list of those who called in for reservation.

Many attendees countered that they actually called or confirmed their intention to join the dialogue, and this highlighted the persistent and common complaint about the poor telecommunication system in the consulate.

The problem became the top topic for the afternoon, and Calonge promised to make sure an improvement would be made.

“I believe that with the million Filipino citizens abroad, making sure that they are properly registered can truly influence results in national elections back home,” Calonge added.

After a preponderance of complaints and negative comments, Calonge also gave his observation on how the relationship could be two ways—noting that members of the community should be prompt and considerate when they engage the consular staff in activities. He cited as specific example a recent appointment in which he was made to wait for 30 minutes.

“When non-Filipinos are involved I notice that we are punctual. We should do the same in our own activities,” the Calonge implored.

Calonge added that due to the space limitations in the consular offices, the importance of confirming one’s intention to attend any community dialogue could not be overemphasized. The hall, he added, could only comfortably accommodate 25-30 persons at a time.

Jun de Guia, Gawad Kalinga area director, suggested that the consul general should consider other venues for his community dialogue.