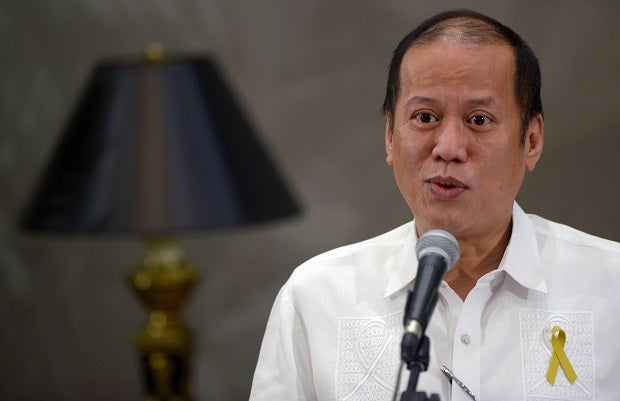 MANILA, Philippines–President Aquino on Thursday urged China to cooperate in regional efforts to decrease tensions in the South China Sea, as he admitted that he remained concerned over Beijing’s land reclamation activities in the West Philippine Sea.

“We hope the other side would cooperate with us in reducing tensions instead of intensifying it,” Aquino said in Filipino.

In a taped interview aired over Bombo Radyo Thursday, the President revealed that intelligence information had reached him that there are continuing reclamation efforts by China to build islands on the rocks and other land features in the disputed territories in the West Philippine Sea, the Philippine term for that part of the South China Sea within its claimed exclusive economic zone.

“The islands have rights, the rocks don’t, when it comes to what is called their boundaries,” Aquino said.

By boundaries, the President meant the 200-nautical-mile exclusive economic zone, contiguous zone, continental shelf and territorial sea granted to islands, while rocks, under the legal definition in the United Nations Convention on the Laws of the Seas (Unclos), would only be entitled to a 12-nautical mile territorial sea.

The Unclos defines an island as “a naturally formed area of land, surrounded by water, which is above water at high tide.

The lands where China has been carrying out the reclamation activities are a matter of big concern to the Philippines because of their strategic importance to Beijing, said Jay Batongbacal, professor and director of the UP Institute for Maritime Affairs and Laws of the Sea.

“It is a concern because when completed, those facilities can be used to intensify activities against the Philippine ships (and probably aircraft), carrying out the so-called cabbage strategy against all smaller claimants in the SCS (South China Sea). Whether it is a natural or artificial island is immaterial. It’s what it can actually do that really matters,” Batongbacal said in a text message.