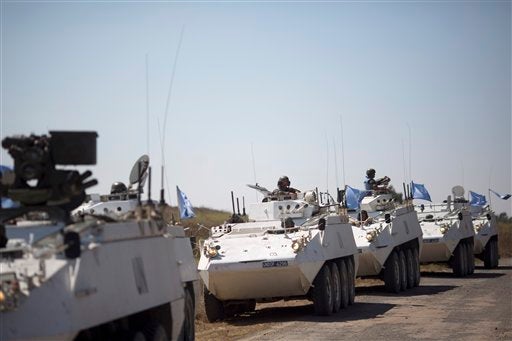 MANILA, Philippines–Eighty-one UN peacekeepers from the Philippines who are locked in a standoff with Syrian rebels “are doing fine” while negotiations are ongoing for their release, the Philippine military said on Friday morning.

“They are doing fine,” military spokesman Lieutenant Colonel Ramon Zagala said, adding that they were still able to communicate with the peacekeepers.

“We are also talking with the UN who is leading the negotiations,” Zagala said.

The rebels earlier on Thursday captured 43 Fijian peacekeepers in Golan Heights, and proceeded to capture Filipino troops, who defiantly resisted, as a result of which a standoff ensued.

The Philippine government and the United Nations are in close coordination and are working together to ensure the safety and security of our troops,” Zagala said  late Thursday night.

The rebels surrounded the Philippine contingent’s encampments and demanded that Filipino troops surrender their firearms, but the Filipinos resisted.

“The Philippine peacekeepers held their ground and demonstrated their resolve to defend their positions. They did not surrender their firearms as they may in turn be held hostage themselves,” Zagala said, but did not say how many of the Filipino peacekeepers were involved. (Agence France-Presse put the number at 81.)

“This resulted in a stand-off which is still the prevailing situation at this time as UN officials try to peacefully resolve the situation,” he said.

Before the standoff, the rebels occupied Fijian positions of the United Nations Disengagement Observer Force (UNDOF) on Thursday morning (10 a.m. Syrian time) and demanded that they surrender their firearms.

Upon surrendering their firearms, the 43 Fijians were taken hostage, Zagala said.

As of July 31, there are 1,223 peacekeepers from six countries (Fiji, India, Ireland, Nepal, Netherlands, Philippines) serving in United Nations Disengagement Observer Force. There are 331 Filipino peacekeepers. 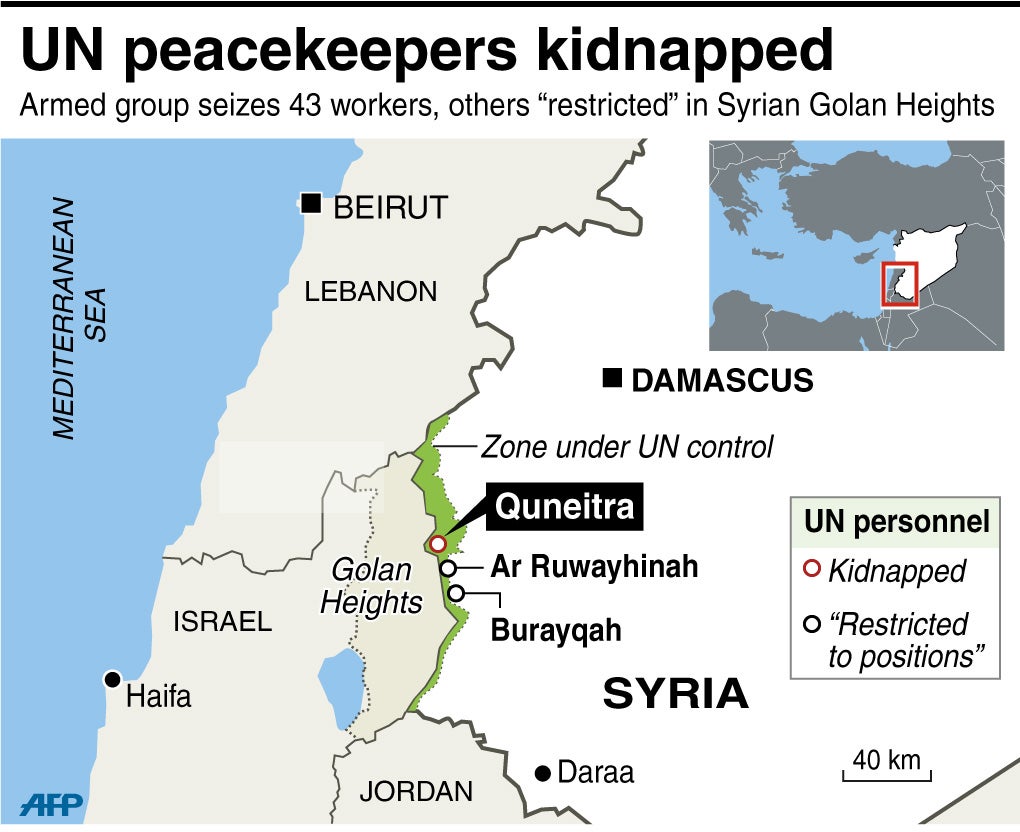 Early this week, the Philippines ordered the pullout of troops in Golan Heights after their tour of duty ends in October due to the worsening security situation there.

Fiji army chief Brigadier-General Mosese Tikoitoga said the captured peacekeepers were all safe, and asked people in the Pacific nation to pray that they are released unharmed.

“(The) men are safe and well even, though they are detained by armed rebels in the Golan region,” he told reporters in the capital Suva.

Syrian rebels, including fighters from the Al-Qaeda affiliate Al-Nusra Front, stormed the crossing at Quneitra on Wednesday, sparking an exchange of gunfire with Israeli troops.

Quneitra is the only crossing between the Syrian and the Israeli-controlled side of the strategic plateau.

The UN Security Council “strongly condemned” the detention of the 43 and the “surrounding of positions” manned by the 81 Filipino peacekeepers, by “terrorist groups and by members of non-state armed groups.” 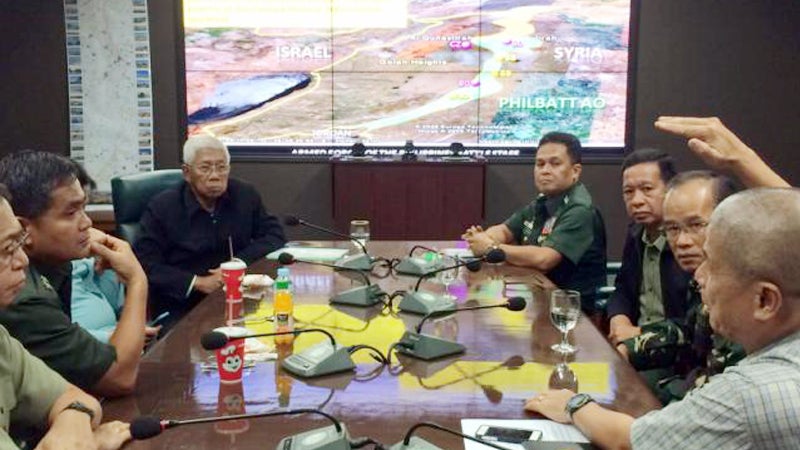 The council demanded the “unconditional and immediate release of all the detained United Nations peacekeepers” and urged countries with influence to help win their release.

The 81 Filipino troops were locked in a standoff near Ar Ruwayhinah and Burayqah, while the Fijian soldiers were taken to the southern part of the buffer zone, UN officials said.

UN spokesman Stephane Dujarric said it was unclear which group had staged the attacks.

“Some groups are self-identified as affiliated to Al-Nusra but we are not able to confirm,” he said.

The US State Department pointed the finger at Al-Nusra, however.

Washington demanded the “unconditional and immediate release” of the blue helmets.

UN officials noted that peacekeepers monitoring the armistice line between Israel and Syria were detained twice last year before being released safely.

In June 2013, there was a similar takeover of the crossing by rebel forces, but the Syrian army managed to regain control.

Filipino defense officials said no fresh troops would be sent to serve in UNDOF once the current soldiers return from duty in October.

Last year, Manila also considered pulling its Golan peacekeepers out after 25 of them were kidnapped but later freed by Syrian rebels in two separate incidents.

A Filipino soldier was also wounded by a wayward shell last year.

Since the Syrian conflict erupted in 2011, the plateau has been tense, with a growing number of rockets and mortar rounds hitting the Israeli side, mostly stray, prompting occasional armed responses.

During fighting on Wednesday, several mortars landed in or near UN positions.

Israel, which has yet to sign a peace deal with Syria, seized 1,200 square kilometers (460 square miles) of the Golan Heights during the 1967 Six-Day War and later annexed it in a move never recognized by the international community. With AFP and Bong Lozada/INQUIRER.net