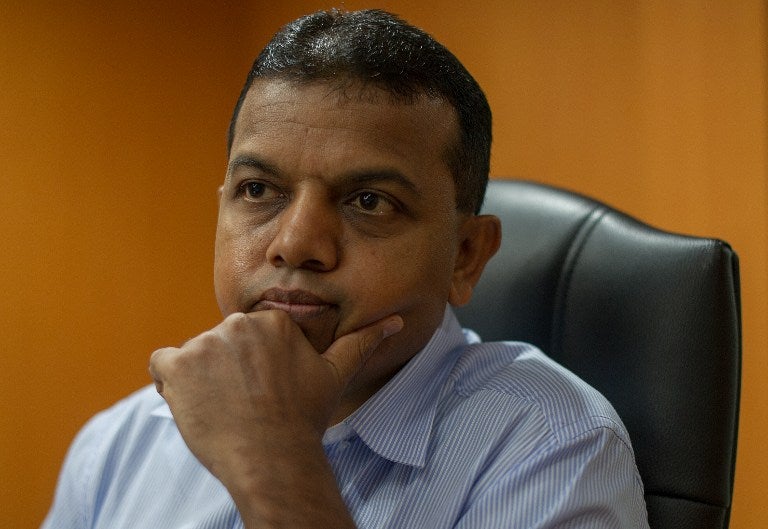 KUALA LUMPUR—Malaysian police have foiled plans for a wave of bombings drawn up by radical Islamic militants inspired by Iraq’s extremist jihad group the Islamic State of Iraq and Syria (Isis), a top counterterrorism official said on Tuesday.

Ayob Khan told Agence France-Presse (AFP) that the group, all Malaysians, had visions of establishing a hard-line Southeast Asian Islamic caliphate spanning Malaysia, Indonesia, Thailand, the Philippines and Singapore, and planned to travel to Syria to learn from Isis.

A recent Philippine Daily Inquirer report, from correspondent Arlyn de la Cruz, said Manila officials were on alert following an increase in the number of Filipinos going to Iraq and Syria to fight with Isis militants.

Felizardo Serapio Jr., executive director of the Philippine Center on Transnational Crime, said Syria had grown to be an attractive destination for foreign fighters and Muslim Filipinos were among those lured to join Isis, according to the Inquirer story.

Close to 200 Filipinos may have joined Isis. The Inquirer story quoted a government report in March as saying about 100 Filipinos had undergone training in Iran before going to Syria and that two Filipinos had died for taking part in the conflict.

The arrested Malaysians were only in the early stages of discussing their plans and did not have heavy weapons or bomb-making knowledge, Ayob Khan said.

Seven have already been charged with offenses ranging from promoting terrorism to possession of homemade rifles.

They planned “a campaign of violence and armed struggle and to die as martyrs,” Ayob Khan said, adding that police believed that there could still be coplotters at large in Malaysia.

Some of those arrested were apprehended at airports on the way to Turkey and Syria to seek training and other support from Isis.

Also known as Islamic State, Isis espouses an extreme brand of Islam. It is believed to have thousands of Islamist fighters in Syria and Iraq, some of them westerners.

It has overrun large swathes of Iraq as it wages a ruthless campaign to establish a Middle Eastern caliphate under conditions akin to those of the religion’s early years.

The Malaysian plotters were ages between 20 and 50. Some of the arrests had been previously announced by authorities, but police had not yet detailed the group’s suspected plans and ideology.

Some had begun raising money—including via Facebook—to travel to Syria, typically under the pretext of “humanitarian work,” Ayob Khan said.

“From interrogating them, they talk about Isis ideology, including the killing of innocent people and also Muslims who are not in their group,” he said.

Bars and the Carlsberg brewery near Kuala Lumpur were apparently targeted because alcohol consumption is forbidden by Islam, Ayob Khan said.

He said the suspects also had hoped to create networks with regional and global cells.

He said police believed that up to 40 Malaysians had gone to Syria to join the civil war there.

Muslim-majority Malaysia practices a moderate brand of Islam and has not seen any notable terror attacks in recent years.

But concern has risen in the multifaith nation over growing hard-line Islamic views and the country’s potential as a militant breeding ground.

According to local media reports, 26-year-old Malaysian factory worker Ahmad Tarmimi Maliki blew up 25 elite Iraqi soldiers in a suicide car-bomb attack there in May.

Malaysia has previously been home to several suspected key figures in groups such as the al-Qaida-linked Jemaah Islamiyah, a Southeast Asia-based organization blamed for the deadly 2002 Bali bombings and numerous other attacks.