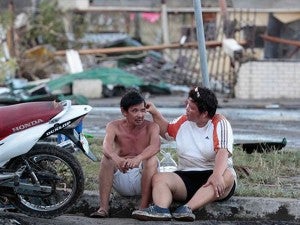 Also present in the turnover ceremony was Thelsa Biolena, the director of the Disaster Risk Reduction and Response Operations Office of the Department of Social Welfare and Development (DSWD).

Del Rosario thanked the Royal Thai Government and the people of Thailand for their “generous” donation, stating that it would “help the reconstruction and rehabilitation efforts in the disaster-stricken areas.”

The amount was raised in a telethon in November 2013, which was organized by the office of then Prime Minister Yingluck Shinawatra. After one hour and 45 minutes, the telethon was able to raise $2.813 million.