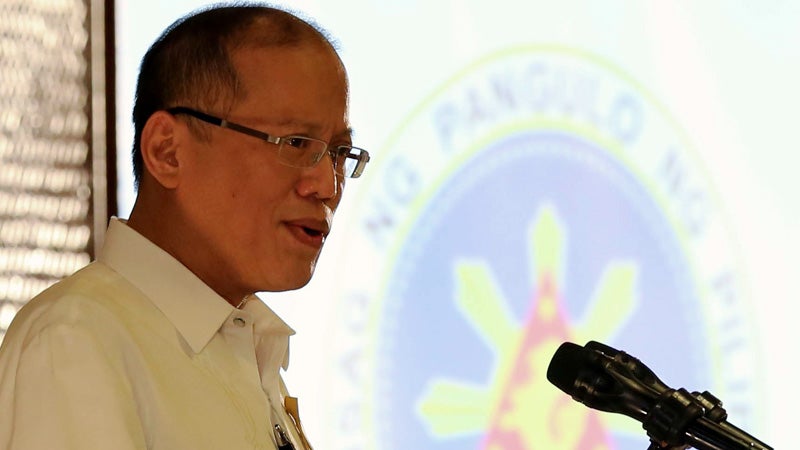 MANILA, Philippines–President Aquino has sounded the alarm over the presence of two new Chinese vessels near the oil-rich Recto Bank (Reed Bank) in the West Philippine Sea.

Citing a military report, the President called attention to the presence of the Chinese hydrographic research vessels at Recto Bank despite a Washington-backed Philippine proposal for a freeze on activities that escalate tensions over territorial disputes in the South China Sea.

The West Philippine Sea is part of the South China Sea within the Philippines’ 370-kilometer exclusive economic zone (EEZ).

“What are they doing there? What studies are they conducting? I hope [their presence] will not lead to increased tension between [the Philippines and China],” Aquino told TV5, which had been airing an interview with the President in a series that started on Wednesday night. The network aired the full interview Sunday night.

“Just a reminder, Recto Bank is [144 km] from Palawan so it is clearly within our [370-km] exclusive economic zone.”

But China, which claims 90 percent of the 3.5-million-square-kilometer South China Sea, sent the ships anyway and by the Philippine military’s description the vessels were surveying and charting the area.

Aquino did not say when the military spotted the vessels and when he was briefed on the matter.

But he said the incursion was the latest in what he described as China’s “seasonal” attitude toward its territorial dispute with the Philippines.

“Whenever we deal with China, and with all due respect, it’s like [its attitude] is seasonal,” he said in Filipino.

Despite the Philippines’ efforts to resolve the territorial dispute peacefully, Chinese incursions into Philippine waters have not stopped, Aquino said.

He cited the presence of the two research vessels at Recto Bank as the latest case of Chinese intrusion into Philippine territory.

It was unclear when the two Chinese vessels arrived in the area, but their presence there was the first provocative act of Beijing since it rejected the US-Philippine proposal for a freeze in activities that escalate tensions in the sea, which Foreign Secretary Albert del Rosario tried to push at the Association of Southeast Asian Nations (Asean) Regional Forum (ARF) in Naypyidaw, Burma (Myanmar), last week.

The proposal was part of the Philippines’ three-step plan for a peaceful settlement of territorial disputes in the South China Sea.

The two other steps are the conclusion of a code of conduct that would prevent rival claims from erupting into conflict and the settlement of the disputes through international arbitration.

Daniel Russel, the top US diplomat in Asia, was the first to propose the freeze on July 28, but China, which rejects US involvement in the disputes, turned it down, saying the tensions in the region were only being exaggerated by some of the claimants, referring to the Philippines and Vietnam.

The Asean foreign ministers did not discuss the US-Philippine freeze proposal at the ARF because there was already the Declaration of Conduct of the Parties in the South China Sea that the bloc and China signed in 2002 to prevent the escalation of tensions over the territorial disputes, the Asean secretariat said.

Besides China, the Philippines and Vietnam, Brunei, Malaysia and Taiwan also claim parts or all of the South China Sea.

China grabbed Panatag Shoal (Scarborough Shoal) from the Philippines after a two-month maritime standoff in 2012. It is reclaiming land on at least five reefs in the West Philippine Sea and is harassing supply ships to stop them from restocking a small Philippine garrison aboard the BRP Sierra Madre, a naval vessel that Manila grounded on Ayungin Shoal (Second Thomas Shoal) in 1999 to mark Philippine territory in the contested Spratly archipelago.

Without military muscle to confront China, the Philippines took the territorial dispute to the United Nations International Tribunal for the Law of the Sea (Itlos) last year for arbitration.

China has refused to take part in the proceedings, but the tribunal has ordered it to comment on the Philippine case by Dec. 15.

The Department of Foreign Affairs (DFA) maintains that the Philippines “has the exclusive sovereign rights over Recto Bank.”

“Recto Bank or Reed Bank is not an island, or a low-tide elevation. Rather, it is a completely submerged bank that is a continental margin of Palawan… It forms part of the [370-km] continental shelf of the Philippine archipelago under the United Nations Convention on the Law of the Sea,” DFA spokesman Charles Jose said in July, rejecting China’s complaint about a London-listed company’s drilling operations at Recto Bank.

In his television interview, Aquino recalled that a vessel that belonged to the British company Forum Energy Plc was once driven away by a Chinese ship even if it was operating within Philippines waters.

“Now their ships are in the same area, the Recto Bank,” Aquino complained.

In February 2010, Forum Energy obtained from the Philippines a license for Service Contract 72 (SC72), which covers 880,000 hectares within the Recto Bank basin.

The Philippines’ Philex Petroleum Corp. is the controlling shareholder of Forum Energy.

SC72 has a seven-year exploration period extendible by three years and a 25-year production period that can be extended by 15 years.

The service area includes the Sampaguita gas field, discovered in 1976, and a number of leads identified from earlier seismic evaluation.

Forum Energy has been ready to start exploration in the area, but the dispute between the Philippines and China has been a stumbling block to its operations.

The Philippines, however, has extended Forum Energy’s service contract up to Aug. 15, 2016.

But the Chinese foreign ministry insisted that such explorations required permit from Beijing, an assertion flatly rejected by the Philippines.

In March 2011, two Chinese gunboats went too close to a vessel that was surveying at Recto Bank for oil and gas deposits, forcing the Philippine military to send aircraft and vessels to drive the Chinese boats away.

In April 2012, Philex said in a disclosure to the Philippine Stock Exchange that Forum Energy had a report that was “expected to show an improvement in the resources previously known” in the Sampaguita gas discovery at Recto Bank.

Earlier, Forum Energy said that based on a 2006 study, the Sampaguita field had a potential of up to 566 billion cubic meters of natural gas, more than five times the initial estimate.–With a report from Inquirer Research

Read Next
355 OFWs safely return from Libya
EDITORS' PICK
Writers’ groups join outcry over KWF move
Authors unbowed after gov’t ‘purge’ of books
Powered by style, innovation and passion
House energy committee chair Arroyo bats for cheap electricity
A laptop that maximizes your WiFi so you can maximize your productivity
‘FPJ’s Ang Probinsyano’ officially ends after nearly 7 years
MOST READ
Arjo Atayde reveals proposal to Maine Mendoza was ‘more than a year’ in the making
Angelica Panganiban, Camille Prats recall ‘trauma’ of being called out for weight gain in ‘G-mik’
‘FPJ’s Ang Probinsyano’ officially ends after nearly 7 years
Most wanted person in Cebu arrested — PNP
Don't miss out on the latest news and information.