Jonathan Yabut: One year after the ‘Apprentice’ 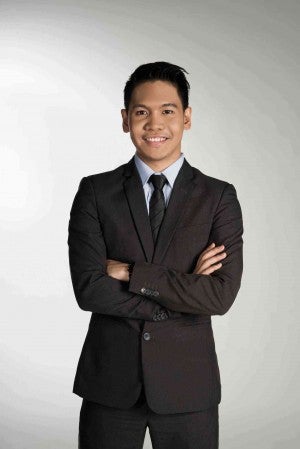 THIS BS Economics graduate from the University of the Philippines temporarily left his work at GlaxoSmithKline to compete in Malaysia.

A year after winning the toughest job interview on TV, Jonathan Yabut is still very much on “high” as he copes with his busy schedule, flying from one place to another, and living up to the expectations of his big boss.

It was definitely a life changing experience for this 29-year-old marketing genius after emerging as the first winner of the “The Apprentice Asia.”

Since he was a big fan of Donald Trump’s hit reality series (with franchises shown in the UK, Italy, Australia and New Zealand), Yabut tried his luck to be part of the show when auditions came to Manila.

This BS Economics graduate from the University of the Philippines temporarily left his work at GlaxoSmithKline to compete in Malaysia when he was chosen as one of the 12 contenders.

During the show, Yabut bested other young professionals in several business tasks. He was finally “hired” by Tony Fernandes, the owner and CEO of AirAsia, who gave him a lucrative management contract to work in the company as the chief marketing officer.

After the show, Yabut had to relocate and adapt to his new life in Kuala Lumpur. It was initially daunting and confusing for this Manila kid.

At work, he had to run around like a headless chicken following Fernandes in all of his meetings. Fortunately, he got a “big break” when he led the marketing team of AirAsia in the Philippines for three months, bringing him back home.

Being the “Apprentice” may seem prestigious, but for Yabut, there are challenges that come with the title.

“When you’re the new kid on the block who won a TV show and everyone’s judging and watching out your every move, it’s hard not to be paranoid.”

This forced him to adjust to the people and the work environment as he managed AirAsia’s marketing and business development units.

“I need to deal with small things such as communication barriers—different English accents, different ways of e-mailing, different concepts of time—which can sometimes be irritants to my daily routine.”

Working in a multicultural environment also gave Yabut a better appreciation of the distinctiveness of Filipino workers.

“We are strategic, creative and best of all—passionate in what we do. We are excellent communicators and for this reason, we are universally compatible with any worker.” 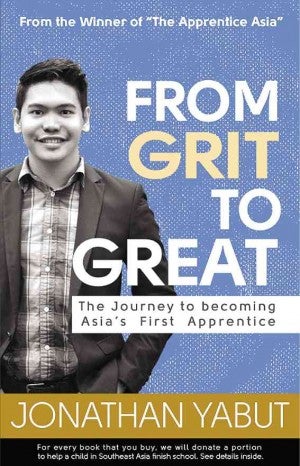 But he also noticed that Filipinos are very emotional when it comes to work. “We take professional comments or judgments personally. When our colleague or manager criticizes us for something, we get disturbed and irritated. It would be best if we take the comments as they are, move on with work and aspire to be better.”

Despite all the adjustments in managing an international team, Yabut felt that the experience made him a better leader and a skillful businessman. He benefited a lot from his work in AirAsia and from the guidance of his boss.

“I’ve learned so much from Tony—from negotiating with business partners and inspiring your staff, to becoming resourceful in spending money.  And if there was one experience I would never forget, it was Tony telling me, ‘I’m going to make you Tony No. 2’ after I just accomplished a good project.”

While he can be the next “Tony Fernandes,” Yabut seems to be the type who will not forever live under the shadows of his famous boss.

Aside from his work in AirAsia, he is frequently invited to give motivational talks in schools, corporations, and other institutions about leadership, marketing and youth empowerment.

He is also promoting his book titled from “Grit to Great,” which aims to motivate students, yuppies and entrepreneurs to “make it big.”

Partly autobiography and partly self-help, the book talks about his life journey from growing up with humble beginnings to becoming Asia’s first “Apprentice.”

It contains a lot of his experiences (good and bad) from his one-year apprenticeship under Fernandes, which he hopes readers will find inspiring and insightful.

Since winning in a reality show has opened many opportunities for him, Yabut shares that he always makes it a point to promote Filipino excellence in everything he does.

Not only did Yabut promote Filipino talent worldwide, he also inspired pride and confidence among Filipinos working overseas. “I feel great when OFWs (overseas Filipino workers) from Dubai or Singapore send me messages saying that they have been inspired to become better workers after becoming prouder that a Filipino won the show.”

Yabut believes that if he can win against foreigners in a business competition and thrive in a multinational company, then there is no reason for Filipinos not to succeed overseas.

“Filipinos are already half their way to success because we are madiskarte and palaban. We always adjust to any situation because we have a very resilient culture. When given the right environment to succeed, the Filipino always stands out.”

As an OFW himself, Jonathan has this advice to his kababayan: “I wish that all Filipinos abroad make the most out of their stay in the foreign land—learn as much and be an absorbent sponge, adopt the best practices of a different culture and bring them all back home when you’re ready.”