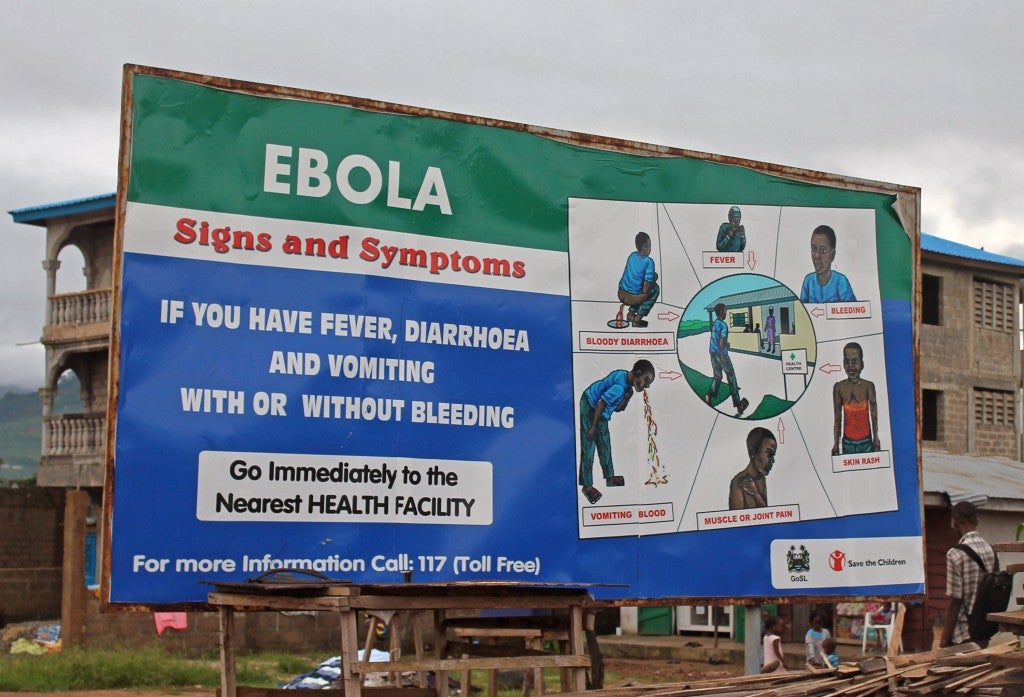 In this photo taken on Monday, Aug. 4, 2014, a public information board explains the symptoms of the deadly Ebola virus in the city of Freetown, Sierra Leone. The global Ebola outbreak touched American shores more definitively Monday, as Atlanta awaited the arrival of its second Ebola patient by morning, and a New York hospital announced it had isolated a man with possible symptoms who walked into its emergency room. AP

MANILA, Philippines — The World Health Organization (WHO) has declared the Ebola Virus outbreak in West Africa as a “Public Health Emergency of International Concern (PHEIC)” in a statement Friday.

“The Ebola outbreak in West Africa constitutes an ‘extraordinary event’ and a public health risk to other States,” WHO said in its statement posted on their website.

“The possible consequences of further international spread are particularly serious in view of the virulence of the virus, the intensive community and health facility transmission patterns, and the weak health systems in the currently affected and most at-risk countries,” it said.

WHO cited the need for “a coordinated international response” in order to stop the further spread of the disease on the international level.

“This is currently the largest Ebola Virus Disease (EVD) outbreak ever recorded,” WHO said.

“It was the unanimous view of the Committee that the conditions for a Public Health Emergency of International Concern (PHEIC) have been met,” it said.

Asked what the process would be in the event a Filipino there contracts the virus, DFA spokesman Charles Jose said: “Just like with our experience with the Middle-east Respiratory Syndrome-Coronavirus, they will have to be treated there.”

Why isn’t there a treatment or vaccine for Ebola?