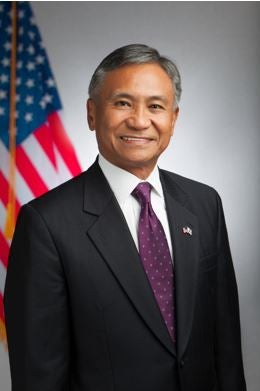 SAN DIEGO, California – Two important Filipino-American conferences garnered a major sponsor in the AARP, the most powerful organization for retired persons in the US.

(Ret.) Major General Tony Taguba, an AARP community ambassador, will be a key speaker at both events. Taguba, who earned a reputation as a fearless military officer who investigated cases of torture by US personnel in Abu Ghraib prison in Iraq, is an advocate for caregivers and their families as well as Filipino veterans of World War II.

“AARP is a strong supporter of the Filipino American community and recognizes organizations like FANHS and NaFFAA that work to increase awareness of the civic, social and economic contributions made by Filipino Americans,” said Taguba.

Aurora Cudal, NaFFAA Region 10 chair and 2014 National Empowerment Conference co-chair thanked the “generous support of sponsors like AARP. We can continue our work to empower individuals to become tomorrow’s leaders.”

Judy Patacsil, FANHS national vice president and the current FANHS San Diego Chapter president also thanked the organization. “We are extremely fortunate to partner with AARP and grateful to them for helping us gather community leaders, scholars, artists, and students from around the country to work together to promote Filipino American history and culture,” she said.

Taguba, who also leads the “Filipino American World War II Soldiers Recognition Project,” is seeking a Congressional Gold Medal for Filipino American veterans. He is the second Philippine-born U.S. citizen to be promoted to the officer rank of “General” in the U.S. Army. He retired with the rank of “Major General” as a decorated Filipino American soldier and strong advocate for breaking down racial and ethnic barriers in the military.