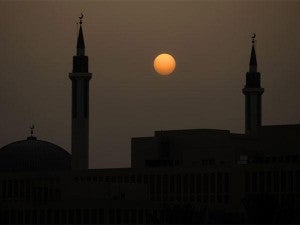 MANILA, Philippines — An overseas Filipino worker (OFW) was able to return home to the Philippines after he escaped death twice in Saudi Arabia, first when he was sentenced to death and second when he became ill with tuberculosis, the Department of Foreign Affairs (DFA) said Wednesday.

“Dante Altizo was sentenced to death by the Saudi court [six years ago] for stabbing to death his roommate, a 27-year old fellow OFW, following an argument between them at their company accommodation in Al-Baha, about 400 kilometers from Jeddah,” DFA said in a statement.

“Just when a charitable institution in the Kingdom settled the blood money of P4.8 million (400,000 Saudi riyals or US$107,000), Altizo contracted tuberculosis and pneumonia. A fellow inmate convinced jail guards to immediately give Altizo medical care and to contact the Philippine Consulate General in Jeddah,” it said.

Altizo was said to have been confined up to February of 2014 during which he was able to fully recover.

He converted to Islam during his six-year imprisonment.

When given the option to stay in the Kingdom by Saudi authorities, Altizo chose to come back to the Philippines.