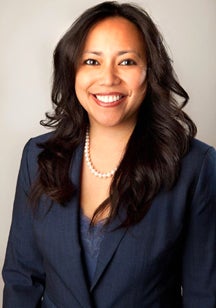 Domingo, a counsel with Einhorn, Harris, Ascher, Barbarito, & Frost, P.C., will serve for a year at the helm of APALA-NJ, the largest specialty bar association that represents Asian and Pacific American attorneys throughout New Jersey.

Born in Manila, Domingo has resided in New Jersey since moving to the US at age nine.

She received degrees in psychology and women’s studies from Boston College in 1999 and her JD from Seton Hall University School of Law in 2002. Domingo is fluent in Tagalog.

She is the daughter of Jovita and Jose Domingo Jr. of Pampanga and Nueva Ecija, respectively.

In addition, she leads APALA-NJ’s Judicial & Prosecutorial Appointments Committee in furthering its mission to promote diversity in both the judiciary and government.